The Treasure and the Thief

Vetle is the son of an enormously successful author and, like his brother Fartein, is trying to follow in his father’s footsteps. It doesn’t always go as planned, first and foremost because Life constantly gets in the way. Life, and the pursuit of love, and a man Vetle can call his own?

The Treasure and the Thief is the story of Vetle, of the Bear’s Den and the gay block, of a breakthrough and one hell of a comeback– as well as the question: What do you prefer? Fucking or laughing? Answer quick.

So much lyrical finesse that at times it feels like music.

A tremendously good novel about love and family relations ... 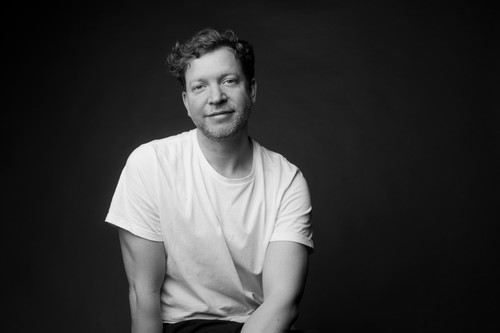 Young, talented writer of critically acclaimed debut novel about family, sexuality, being yourself, the need to write, and the importance of making yourself heard.

Erik Eikehaug (b. 1982) grew up in Kragerø on the southern coast of Norway. He has a bachelor’s degree in Nordic Literature from Oslo University, a master’s in Creative Writing and Publishing from Kingston University in London, and is also a graduate in creative writing from the Norwegian Institute for Children’s Books. James Franco spits when he talks, his debut novel, received excellent reviews after it was released.