‘Are you trying to ruin your life?’ Hannah’s friends say when she tells them she’s having children with Magne.

Trial and Error is a novel about an almost completely normal couple. Like all parents of young children, Magne and Hannah have their challenges, but with Magne in a wheelchair even a trip to the beach at Huk turns into a gruelling odyssey. In spite of his master’s degree in literary science, Magne has a poorly paid job as a hotel receptionist. But with his visible disability, he is at least a welcome expression of the hotel chain’s benevolence and its diversity policy.

But a lot can go wrong, and there are many ways to mess it all up.

'With his novel "Trying and Failing", Jan Grue completes an exceptional trilogy about disability and vulnerability. (...) Masterfully, Grue exposes the illusion that we all, even in Norway, have something within our reach that even comes close to resembling an equal life. (...) Grue affectingly demonstrates how complicated challenges for the disabled can really be – and how deeply problematic it is to pigeonhole people.' 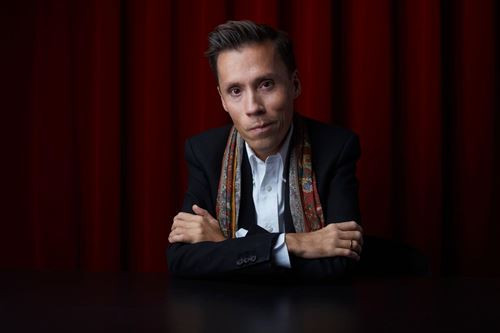 Jan Grue (b. 1981) holds a PhD in Linguistics and is Professor of Qualitative Research at the University of Oslo.

Grue’s work deals with embodiment - what it means to be a body in an endlessly complex world. Combining literary exploration and elements of science fiction and speculative fiction, his stories trouble the issues of what makes a meaningful life and how we value different kinds of lives.

Jan Grue is the author of a wide-ranging body of work in fiction, non- fiction, and children’s literature. He made his debut with the short story collection Everything Under Control (2010). He has since published a further four short story collections and also novels. Among Grue’s works for children is Oliver (2012).

His autobiographical I Live a Life Like Yours was published in 2018 to critical acclaim and went on to win the Literary Critics’ Award and was nominated for the Nordic Council’s Literature Prize – as the first Norwegian non-fiction book in 50 years.