Wolves In a Cultural Landscape

This work of literary nonfiction, eco-literature, explores the role wolves have played in Norwegian cultural history, drawing on insights from the environmental humanities. From Norse mythology and the Viking Age, it traces human–wolf relations through medieval superstition to the systematic wolf persecution of the nineteenth century, when wolves were almost driven to extinction, and finally to the current situation, where wolves stand a chance of recovery but are kept endangered through legal and illegal hunting. The contrast between cultural landscapes and old-growth forest is thrown into sharp relief. Wolves are a keystone species and have become a flagship species for restoration and rewilding.

'Kvangraven’s knowledge of his subject is vast and the narrative voice glides seamlessly through the common history of wolves and humans. (…) Kvangraven’s book can be read as a harsh critique of civilization.'

'If you want to know where the fear of and fascination with wolves comes from, then you will find the answers here.' 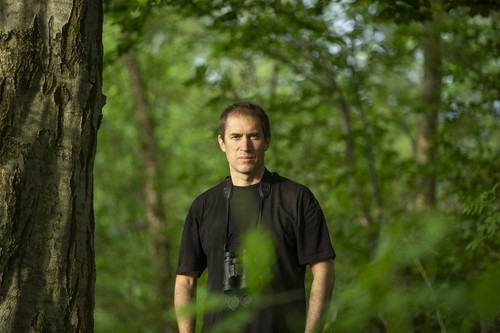 Endre Harvold Kvangraven (b. 1982) is a writer and ecological philosopher. He has lived in Africa but is now back in his native Norway, where his research centers on the relations between humans and wildlife. He holds a master’s degree in Philosophy from the Centre for Development and the Environment at the University of Oslo and is currently a PhD candidate in Environmental Humanities at the University of Stavanger. He can often be found birding his local patch by the shores of Hafrsfjord.