Asle is an aging painter and widower who lives alone on the southwest coast of Norway. His only friends are his neighbor, Åsleik, a traditional fisherman farmer, and Beyer, a gallerist who lives in the city. There, in Bjørgvin, lives another Asle, also a painter but lonely and consumed by alcohol. Asle and Asle are doppelgängers – two versions of the same person, two versions of the same life, both grappling with existential questions.
In this final installment of Jon Fosse’s Septology, the major prose work by ‘the Beckett of the twenty-first century’ (Le Monde), Christmas is approaching. Tradition has it that Åsleik and Asle eat lutefisk together, but this year Asle has agreed for the first time to celebrate Christmas with Åsleik and his sister, Guro. On Christmas Eve, Åsleik, Asle, and the dog Bragi take Åsleik’s boat out on the Sygnefjord. Meanwhile, we follow the lives of the two Asles as younger adults in flashbacks: the narrator meets his lifelong love, Ales; joins the Catholic Church; starts exhibiting with Beyer, and can make a living by trying to paint away all the pictures stuck in his mind. After a while, Asle and Ales leave the city and move to the house in Dylgja. The other Asle gets married too, but his wedding ends with a sobbing bride and is followed soon after by a painful breakup.

Jon Fosse takes his writing to places where no other Norwegian author can follow him.

Septology reeks of greatness. ... Jon Fosse has done it again. The series will remain a pre-eminent work in Fosse’s oeuvre, and, dare I say, in the Norwegian canon. ... a depiction of growing up, of becoming an artist, a story about love and friendship, about loneliness and longing.

A beautiful final volume about art, yearning, and passion. Jon Fosse concludes his masterpiece Septology with outstanding novelistic art. – 6 stars (out of 6) 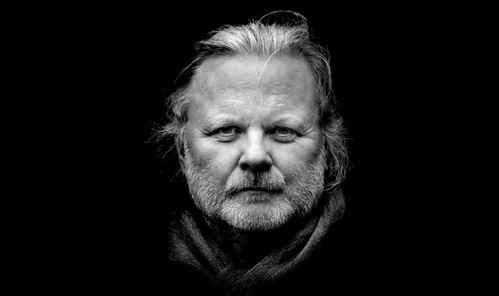 Fosse has received numerous prizes, both in Norway and internationally, and he is mentioned increasingly often as a likely contender for the Nobel Prize. He has currently finished a major seven-volume work of what he calls “slow prose”. Septology consists of three volumes: The Other Name: Septology I – II was published in 2019 to international praise and longlisted for the Booker International Prize. I Is Another: Septology III – V was published autumn 2020 and A New Name: Septology VI – VII in September 2021.

Septology I-II: The Other Name
Septology III-V: I Is Another
For all other titles, see:
www.winjeagency.com