The Boy Book
Your Guide to Puberty

Puberty is a nerve-racking, incredible time!
It’s happening! The body is changing, hormones take control, and the brain undergoes a kind of reorganising. It’s called puberty, and is the most dramatic transformation you’ll ever go through, but at the same time it’s the most normal thing in the world too.

Most boys have questions about puberty. The medical doctors Nina Brochmann and Ellen Støkken Dahl have answered thousands of them, in sex education classes and at the doctor’s office: When will I get a beard? How big does a penis get? How do I find happiness again after a heartbreak? How do people have sex? They have written The Boy Book to give boys answers they can rely on, a guide to bring along on the way.

In their books, The Boy Book, The Girl Book, and The Wonder Down Under, Brochmann and Dahl share their mission to empower young people through better sex education. They’re helping a new generation make informed choices about their bodies and sexual well-being. And because some boys enter puberty early and others late, this book is suited for boys from 10 to 18 years of age.

A superb and impeccable book that hopefully will be read by many. I dare say that boys need their “Boy Book” just as much as girls need theirs. There’s something about the tone that is so wonderful. Gentle, inviting, sympathetic, disarming. But never admonishing or with a warning finger.

Sparkingly good! An appealing, clear design that use colors to make facts stand out which makes the book easy to read. Magnhild Winsnes’s illustrations are optimal: The drawings are lively and colorful and illustrate the physiology, emotions and mental aspects in a clear and fun manner.” 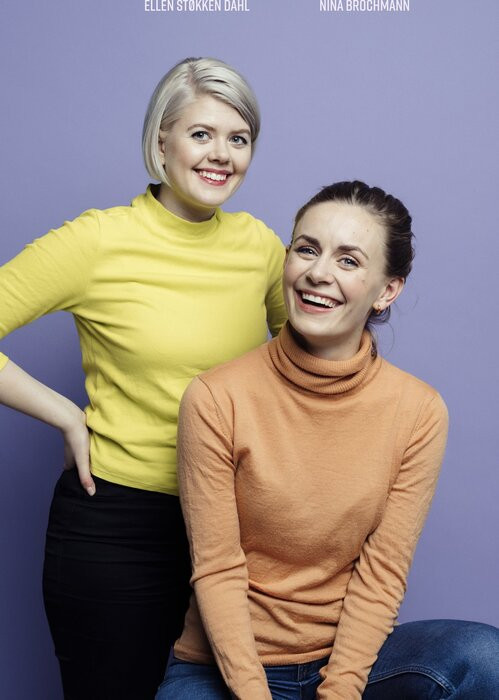 Nina Brochmann (b. 1987) and Ellen Støkken Dahl (b. 1991) are both doctors. They got their medical education from the University of Oslo. They have spent several years working with sexual health among young people and minority groups, both as teachers and health workers.

Magnhild Winsnes (b. 1980) is an animator and illustrator. She has worked with several animation productions as animator, designer, director and producer. Among them the Academy Award winner animation film, The Danish Poet, directed by Torill Kove. Her debut, the graphic novel Shhh (2017), won several prestigious awards.

See here for all foreign sales