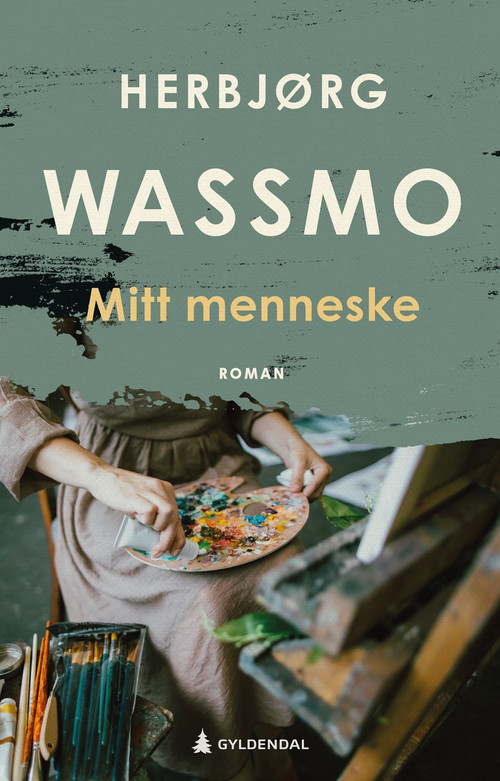 Ruth and Gorm. She is an established artist from a poor background on an island off the coast of northern Norway. He is a merchant’s son from the same part of the country. They have had a place in each other’s consciousness ever since their first random encounter as children, but it is only as adults, with broken marriages and new beginnings behind them, that they meet in earnest. My human is the story of these two, of Ruth’s relationship to painting and recognition, of Gorm’s quest for a life of greater meaning. The urge they both have to live something that feels true is both weakened and intensified by conditions in northern Norway and forthright pragmatism.

In this novel, Wassmo further explores some of the themes that have characterised her authorship: the decisive rebellion against the cards life deals you, and the price of this rebellion for oneself and one’s surroundings. But above all, it’s about the vital need to meet the person in life that you can call your own.

“Masterful Wassmo! (…) This is that burdensome love in Wassmo’s superb hands. (…) And she knows how to assemble scenes and create drama, the only thing to do is abandon yourself to her great new epic My Human.”

“In My Human, Herbjørg Wassmo pays homage to love in ways one rarely experiences in contemporary literature (…) As so many times before, Wassmo has created a drama that is ‘larger than life’.”

“(...) touching and truthful, solemn and risible, sensual and rich in perspective.”

Herbjørg Wassmo (born 1942) has earned her position and popularity in Norway and abroad through her ability as a powerful storyteller with a special care for the exposed and vulnerable characters. She made her début in 1976 with a collection of poetry. Her breakthrough came with the first novel about Tora, The House with the Blind Glass Windows (Huset med den blinde glassveranda) 1981, followed by two volumes forming the famous Tora Trilogy.
These books contribute to a Norwegian realistic tradition about the coming of age of the unusual and artistic child. The voice of Herbjørg Wassmo has a poetic and evocative power, taking the reader very close to the disintegration of the small human being and her fight for dignity.