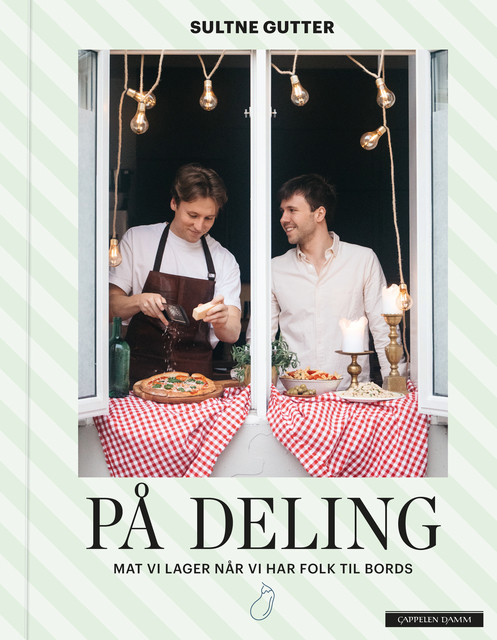 The first time the Sultne gutter (Hungry Boys) met, they shared a beefburger. Since then, they’ve shared pretty much everything and have rapidly become a huge hit on Instagram.

In For Sharing, they offer us their recipes for the food they serve up when they have guests at their table. Food tastes better when it’s shared.
Here are 12 tables’ worth of food that can be shared among four or five people – or as they put it: unfussy recipes and fancy table settings.

For Sharing contains stand-alone texts about the Hungry Boys’ background and food philosophy, as well as recipes for around 70 dishes. The food they make is inspired by Italian, French and Norwegian cuisine. 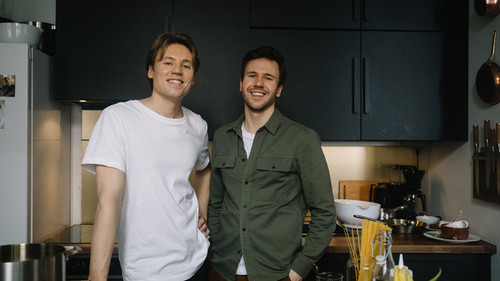 Sultne Gutter (Hungry Boys) started as an Instagram account in 2019 where Ole Kristian Samuelsen and Magnus Liøkel shared recipes that would result in a rapid growth of followers. Today they host their own tv-series on the food channel Matkanalen and has launched a new digital takeaway restaurant.

Ole Kristian Samuelsen (b.1993) in The far north of Norway. He has had a career with the boy band Ekko Ekko and studied finance at the Norwegian Business School.

Magnus Liøkel is (b. 1989) in Kongsvinger. He studied law and worked as a lawyer for the Norwegian Armed Forces before he moved to Oslo and started working as a content writer.

Ole and Magnus met in Oslo during spring 2017, where they now live together.