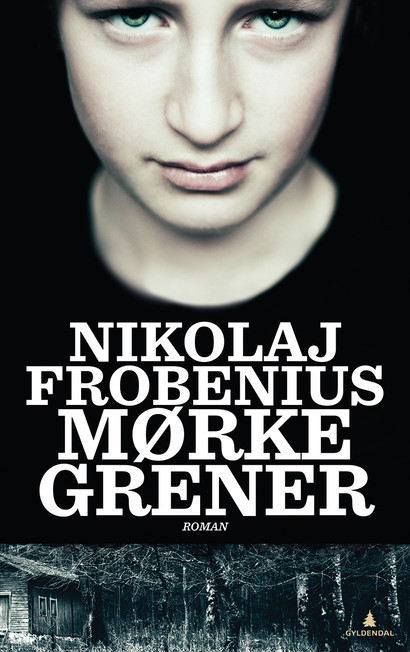 Who's hiding behind the dark branches? Who's watching every move you make?
Jo Uddermann’s childhood friend Georg had a disconcerting fascination for disaster and death. But he was also a boy who drew a lot of attention and caused people to wonder. Was he a victim? Or a “child with no soul”? As an adult Jo learns that Georg died while he was in prison, and he writes a documentary novel in an attempt to discover who his childhood friend really was.
The novel creates a stir, but in the wake of a television interview inexplicable things start to happen to Jo. Car doors that are wide open, an unsettling mms from an anonymous sender, a burglary where nothing is stolen. Slowly a pattern evolves: Someone is watching Jo’s every move and is invading his life – by increasingly drastic means.

Can the writer become a criminal in his hunt for authenticity? Nikolaj Frobenius plants a creeping feeling of unease in both his story and the reader ... a piece of unusually good literature, which through subtle lies shows us the fear.

Very suspenseful, and the book is difficult to put down.

Frobenius is such a professional craftsman when it comes to creating suspense, that most crime writers should envy him.

By bringing down elements from the gothic attic in this way, he also manages to say something about the thin membrane between civilization and chaos, between the balanced bourgeois life with wife, children and writing on one side, and total human and moral decay on the other.

In this way claustrophobic unease is created in a world which has lost all defined outlines. Complex themes become visible through an elementarily suspenseful story, a thriller. It's impressive.

Nikolaj Frobenius (b.1965) is a highly merited novelist and screenwriter. His books are sold to more than twenty lanugages, and his international break through came in 1996 with The Sade's Valet.
Frobenius has also written several film scripts, including the thriller Insomnia (1997), which was subsequently produced by Christopher Nolan in a new Hollywood version, starring Al Pacino, Hilary Swank and Robin Williams