I Is Another: Septology III - V

Asle, a painter, lives alone in Dylgja, north of Bjørgvin. He has almost no contact with anyone but his neighbor Åsleik, a bachelor fisherman and farmer. Another Asle lives in Bjørgvin, also a painter—the two Asles are friends, and doppelgangers in a way, leading two versions of the same life.
While the narrator, the first Asle, is getting his paintings ready for his Christmas exhibition at the Beyer Gallery in Bjørgvin, he finds his friend Asle lying in the snow. This Asle is an alcoholic and has collapsed. Asle brings him to the hospital, picks up and takes care of his dog.

Asle’s life in Dylgja is told both in the present and in flashbacks to the past. This second volume of Jon Fosse’s Septology gives us a glimpse into Asle’s life as a boy and a teenager. There are fumbling kisses, smoking and drinking, amateur rock bands and fist fights, a nagging mother and a silent father. Beyer the gallerist discovers the young painter when Asle puts on a summer show in his hometown youth center. Meanwhile, the two Asles meet for the first time and soon both get admitted to art school in Bjørgvin. There Asle meets and falls in love with his future wife, Ales.

Septology is a hypnotic, magnificent novel about the nature of love, art, God, alcoholism, friendship, and the passage of time. There is death in the story, but also what it’s like to be alive—the warmth of a dog in your lap, the pleasure of driving alone, how good bacon and eggs can taste. 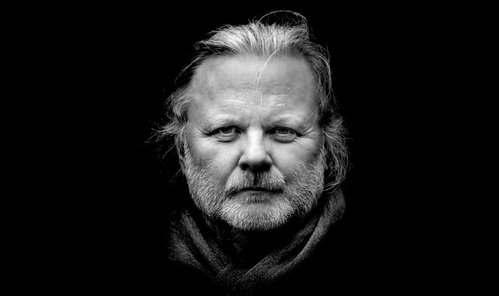