Vigdis’s marriage has lasted for twenty-two years, but she desires nothing more than to escape it. But how can she justify leaving a husband who isn’t violent, doesn’t drink and doesn’t sleep around, a man who is a good father? Maybe it’s just a matter of expectations and lowering the bar. But how low can the bar go before self-loathing takes the upper hand, before you start to suffocate, before you’re dying?

Linn has always been the pretty girl. Now she’s discovering that she no longer turns men’s heads on the street. If her power of attraction is gone, who is she supposed to be now?

Coincidence weaves the tales of Vigdis and Linn into one another. By necessity, both end up in places quite different to where they started.

Heidi Linde has evolved a style that combines simplicity and succinctness with intensity and ingenuity. In her latest novel she is at her very best. […] With this year’s novel, she has once again bolstered her position among the country’s foremost emissaries of everyday joys, sorrows and challenges.

Here is a literary lifebuoy to those of you spending a little too much quality time with your families this summer […] Heidi Linde writes keenly and identifiably on relationships between modern couples […] it’s joyous reading.

Besides having chosen a fantastic title, I can already conclude that Heidi Linde has managed it once again: Capturing entrenched adulthood by depicting all the complexity that dwells within the banality of daily life.

[…] The author has a free and easy pen, and writes with a charmingly unfussy common language that suits the subject.

This is an exceptionally entertaining book that hits the nail right on the head. 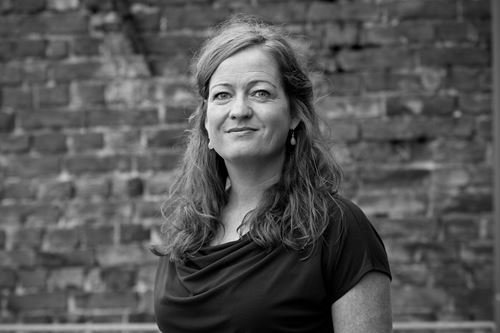 Heidi Linde (born 1973) graduated as a scriptwriter from the Norwegian Film School in Lillehammer. She debuted as an author of books for adults with the novel Under the Table (2002). In addition to a number of books for children and adults, she has also written drama for TV, theatre and radio. Heidi Linde grew up in Kongsvinger but now lives in Oslo.