In 2006, Line Nagell Ylvisåker moved to Svalbard. A climate scientist warned the archipelago would get several degrees warmer. Line didn't pay much notice. She drove her snowmobiles and became acquainted with the mountains, the midnight sun and the northern lights.
In 2015, an avalanche thundered down from the mountain Sukkertoppen and hit 11 houses in Longyearbyen. A two-year-old girl and a young father died. There were landslides, and houses were evacuated. Line had built a life in Longyearbyen, but she suddenly became uneasy. What was happening to her dear town? She started to investigate, and even met the meteorologist who was buried in the snow masses. She talked to a climate scientist and a trapper with 40 winterings under his belt. She was shown how the deep sea has systematically warmed up. It was evident times were changing. This is a story about living in the midst of the hot spot of climate change.

In Ylvisåker’s book, the personal experience of the environmental changes is an excellent framework for communicating – and not least concretising – knowledge. This engaging book should have great potential to create understanding for the seriousness of the situation.

She writes temperamental literary nonfiction - with elements of surprising, striking and poetic images.

A gripping, forceful plea against the climate catastrophe. 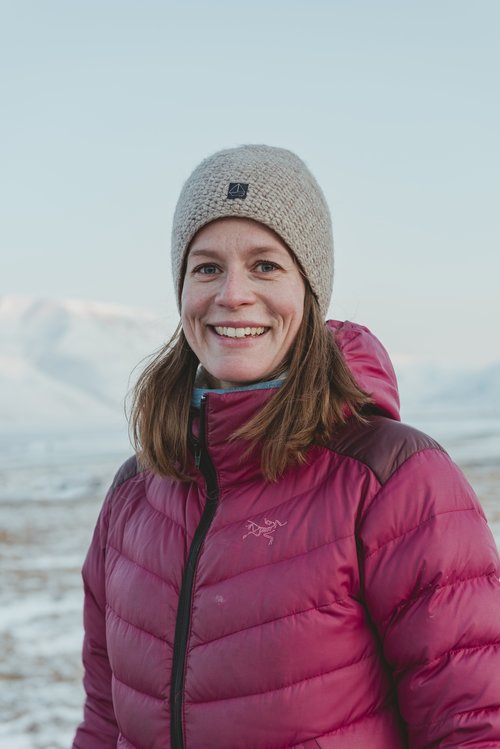 Line Nagell Ylvisåker is a journalist and worked for the newspaper Svalbardposten from 2006 to 2018. She has received several awards for her writing from Svalbard.