Rats are critters most of us would rather avoid, yet no other wild animal lives as close to us as rats do. They are everywhere. Despite this, people generally have
no knowledge of rats as a species. Marit Nicolaysen, whose hugely successful bestselling and awardwinning middle grade series featuring Svein and his pet rat Halvorsen, takes us into the secret world of rats. She tells us everything there is to know about rats, perhaps even some things we don’t really want to know! With easily accessible facts, fascinating anecdotes and cool illustrations the book challenges our view on rats. It demonstrates that rats can be lovable pets – and that they can even save lives. 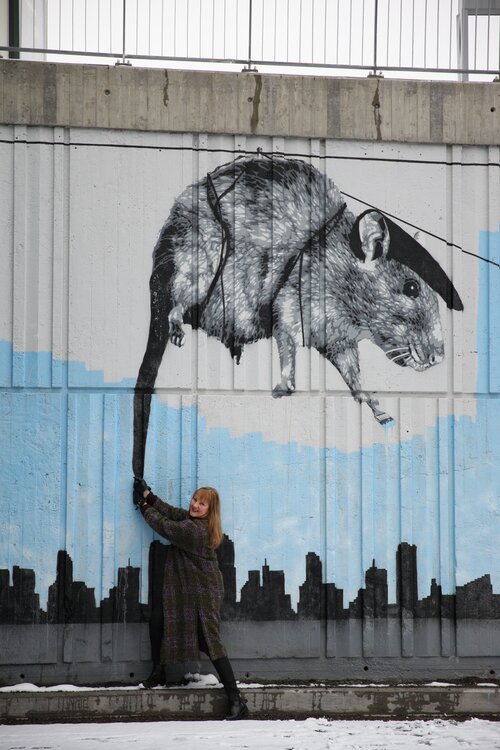 Marit Nicolaysen (b. 1953) has written books for adults, children and young adults as well as scripts for stage and radio. She is most widely known for her hugely successful, bestselling and award-winning middle grade series featuring Svein and his pet rat Halvorsen. The series has a total print run of over half a million books,
and has been translated into ten languages as well as made into two feature films.
Jens Ivar Kristensen (b. 1975) is an illustrator who has worked on textbooks for schools as well as children's books, amongst them several picture books. He is on the Board of the picture book network Ord & Bilde (Word & Image). Kristensen has a controlled painterly technique with harmonious colours and nuances reminiscent of Tim Burton's goth inspired animation films. Jens Kristensen grew up in Åsgårdstrand in Vestfold.