From Here to Hiroshima 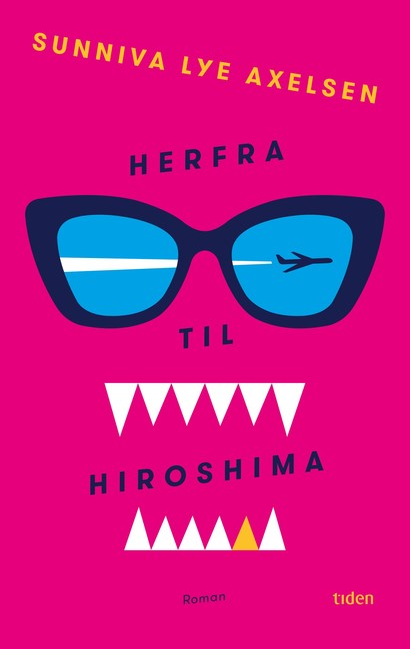 In From Here to Hiroshima, we meet Ingrid, a healthcare assistant who works for a shitty municipality.
She has spent her whole life paying off her parents’ debt after they were killed in a car crash, and all she wants is to be left alone.
Until, that is, the day Thomas pops up at the home of one of her patients. This is the first time someone has wanted to be with Ingrid, but when she finally has something to lose, life becomes difficult to deal with.
Ingrid grows more and more jealous and when Thomas finally breaks it off, just before they are due to leave for the round-the-world trip they have been planning for a year, Ingrid decides to go after him.

Nobody writes like Sunniva Lye Axelsen. Her female lead characters are desperate, delicate, but unshakeable. Beautiful language, urgent tension and pitch-black humour turn From Here to Hiroshima into a highly literary stalker novel.

In From Here to Hiroshima, Sunniva Lye Axelsen writes about a gripping, almost furious downfall. And not only that – this is a downfall with a taut awareness of language.

The unique cast of characters turn From Here to Hiroshima into a gripping read from the very first page. Axelsen’s dark humour and whipcrack satire soon make an appearance, not least in a hysterical scene from the Health and Social Service’s more-than-averagely decadent Christmas party.

Critics such as Sigmund Jensen and Ane Farsethås, […] should have long convinced me of her unique ability to blend literary cliché with humour and violence in insightful ways ... Along the way Axelsen demonstrates how well she writes dialogue.

From Here to Hiroshima is the riotous tale of a healthcare assistant Ingrid, “who works in a shitty little municipality”. On the whole there’s a lot of shit, and even more great writing and exacting observations.

Something as rare as a wonderfully poetic stalker-novel… How the universal is also present in the peculiar and strange is perhaps that which stands out most in Sunniva Lye Axelsen’s brilliant fifth novel.
5 out of 6 stars

With a steady hand, Axelsen writes absurd scenes drawn from Norwegian everyday life with a priceless cast of characters… From Here to Hiroshima is absolutely worth reading – the best parts of the book make one both laugh and shudder.

Sunniva Lye Axelsen casts a humorous light on the dismal gloom of the care institution...Ingrid’s dark family history, her compulsive washing, and her growing obsession with Thomas’s liberated friend, Ida, are just a few of the elements that shape the novel’s tension and movement.

A fairly dark but genuinely funny tale of a healthcare assistant who hates other people almost as much as she hates her own life.

As with her previous books, From Here to Hiroshima by Sunniva Lye Axelsen (born 1980 in Stavanger) is written with authority and insight, gallows humour and a black realism, and in language that switches from the splendidly vulgar to the unaccountably beautiful.
5 out of 6 stars 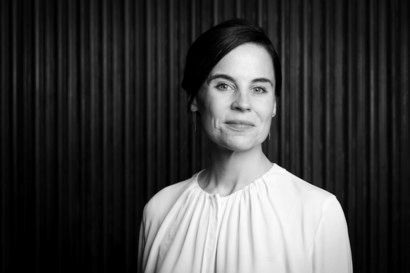 Sunniva Lye Axelsen (born 1980) comes from Stavanger and lives in Oslo. She made her debut in 2011 with the novel Follow Me All My Days and has since published more several novels and a short story collection.