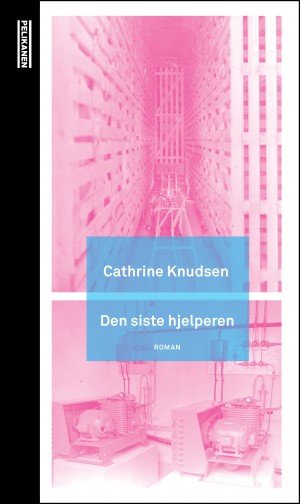 Set in the very near future, Last Aid delves into our changing humanity in the age of technology. Knudsen asks: What happens to “human” and “real” when technology encourages us towards inauthenticity? Last Aid is a technosceptic critique of society’s sanitization of nature and death, which plays out through intimate everyday portraits of real human beings.
Last Aid is narrated by an unnamed woman. She is lying in a hospital bed after having her kidney removed. As a middle-aged woman, she knows that her sexual capital is diminishing: the value of her body now lies in its individual body parts.
The plot unfolds through alternating chapters about this woman’s life: She lives on a farm where they breed genetically modified goats with spider genes that can produce ‘silk milk’. One day, her husband is killed in an accident. In order to support her family, she takes a job at a care centre, where people with dementia can live in an artificial bubble adapted to their disease. The setting of the care centre is like ‘a Village’ and the nurses act as ‘fellow citizens.’ The narrator joins ‘The Angels’, a suicide-assistance organisation operating in the grey area between active and passive death assistance; Volunteers help the sick get their affairs in order and accompanies them to Switzerland for their “Final Departure”.
The different episodes in the narrator’s life symbolise different stages of development from rural to urban, from natural to artificial.

“Always relentlessly defiant, but Last Aid is her most striking and confrontational novel to date.”

“Knudsen is a rarity in Norwegian literature…Knudsen simply makes me curious.”

“Knudsen writes with a steady hand…the way she ends the books is brilliant…Last Aid invites you to read it more than once.” 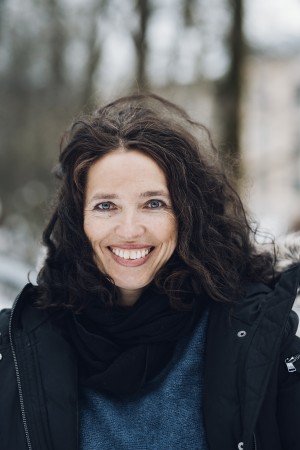 Cathrine Knudsen (b. 1970) is the author of five novels, including Manuell (2014) which provided her critical breakthrough. In 2017, she was awarded the Stig Sæterbakken’s Memorial Award for an authorship of “persuasive literary qualities, originality and courage.”
With philosophical depth and essayistic force, Knudsen’s writing often explores themes, such as memory and sensation, technology and compassion, existentialism, automation, and artificiality. In a prose that is razor sharp and thought-provoking, Knudsen examines life and its vulnerabilities in the emerging border between the authentic and the inauthentic.