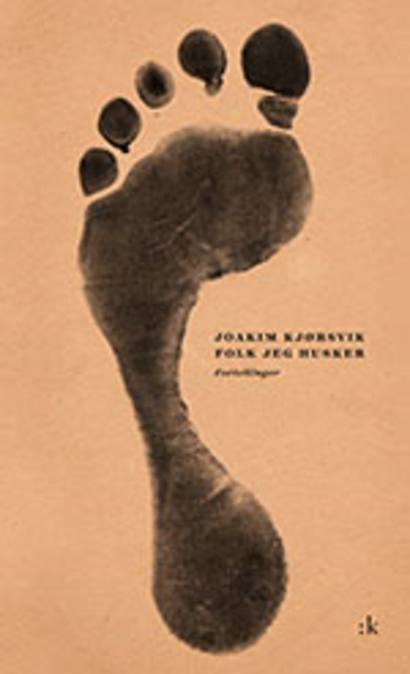 People I Remember consists of a series of portraits of people who play supporting roles in the life of a man who is himself a supporting role. The I of the novel recalls people who in some way or other have taken part in his life, either as ex-girlfriends, friends, family, teachers, fellow soldiers, colleagues or completely random persons. A keen capacity for observation and a language full of wit and energy characterize the portraits. Together they make up important parts of the story of a life.

Rough comedy, resignation and joie-de-vivre interchange in texts that never seem clichéd […] Whose voices do we listen to, whom do we observe? The narrator’s willingness to listen to and see other peo-ple adds a sense of seriousness to these odes to the people that pass us by.

One of the best and funniest books of the year.

A funny, warm book that reminds us of the imprints we leave in this world.

Joakim Kjørsvik (b. 1978) lives in Oslo. His first work of fiction, a collection of short stories titeled Obiously No Neighbour, published in 2007, and the novel Last Years Was a Long Night (2015) were very favourably received by the critics.