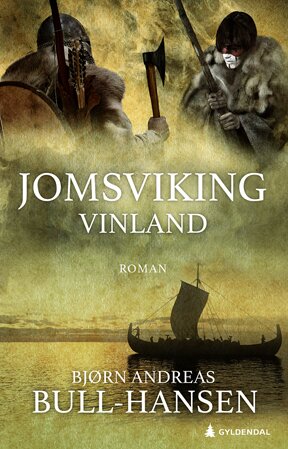 One man.
One destiny.
A new continent.

After the Battle of Svolder, Torstein and his family must flee west to escape the avenging wrath of Olaf Tryggvason’s men. Torstein has become the chieftain of a band of Jomsvikings, and sets out in search of the fabled larch forests said to be found across the ocean. He plans to become a shipbuilder and grow rich, creating a future for himself and his family.
But Torstein, once an enslaved warrior, is soon forced to fight for his life and the reunification of his kin. Vinland gives readers a unique insight into the lives of North America’s first settlers – as well as the conflicts that arose with the area’s mighty indigenous communities.
This is the second novel in the Jomsviking series, but it can also be read as a stand-alone work. The first book in the series, Jomsviking, burst straight onto Norway’s bestseller lists and currently has a total print run of 40,000 copies.

Review for Jomsviking: "This is first and foremost a fantastic story"

Review for Jomsviking: "A fascinating epic." 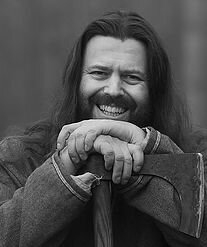 Bjørn Andreas Bull-Hansen was born in 1972. His debut collection of short stories, Seven Tales from the Western Forest (Syv historier fra Vestskogen), was published in 1996, and he has since written a range of novels within various genres.
His international breakthrough came in 2017 with the novel Jomsviking, the first book in a sweeping historical series from the Viking age. Bull-Hansen is known for his gripping stories and vivid portrayals of human destinies. He also maintains an extremely popular YouTube channel dedicated to Viking culture.