Look at Us Now 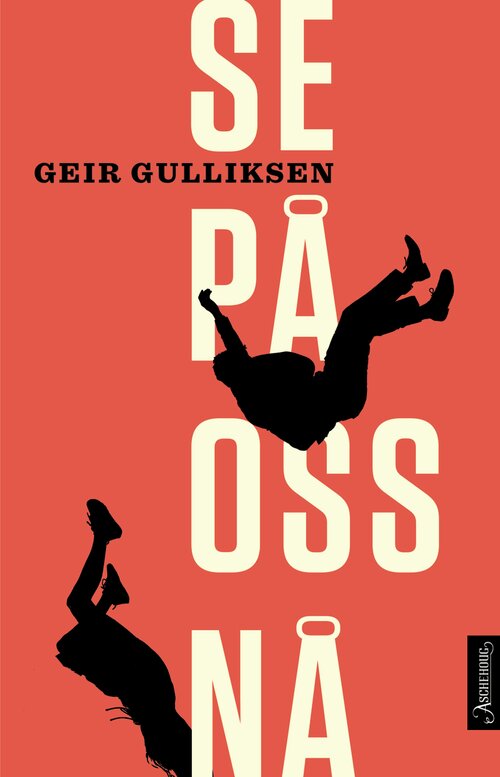 Desire can surface when one least expects it. And sometimes chance encounters can have surprising repercussions. Hans Kassajordet meets Harriet Aakre. They dislike each other immediately, but in spite of this, an attraction develops. Their encounter has far-reaching consequences–not just for Hans and Harriet, but also for their partners Ingunn and Pål, their children, their colleagues, and even old flames and the people around them.

Hans is a PR consultant at Olof Evald's agency. Ingunn is a high-level bureaucrat. Harriet runs a small film distribution company. And Pål is an adviser to prime ministerial candidate Salomon Olsen. They all hold prominent positions and are driven by their fascinations, infatuations, and fantasies.

Look at Us Now is a novel about strong emotions, humour and embarrassing situations. It is also a series of love stories – about how easy it is to become attached to one another, how easily we lose ourselves to the other, and how difficult it can be to pull yourself together again.

A dizzying love carousel. Look at Us Now is a brilliant example of a book that, by naval- gazing, says something important about society and the times we live in.

The flow of thoughts and many dialogues are wonderfully well-crafted. The unstable self-image has Knausgårdian dimensions: Hans is a man who both admires and looks down on himself... The book is an interesting read, a touch awkward, but funny and easy to consume.

Gulliksen’s gaze is warm in its attentiveness to the passionate love and intense desire of his characters... The novel reminds me of the movies by Swedish director Ruben Östlund which effectively force the viewer to reflect on their attitudes and actions, their communication and praxis.

Very, very funny... The opening scene is so far from boring that even the ficklest reader will feel obliged to read the rest of the book.

Gulliksen gives us one of the more intelligent bids on who Norwegians are right now. He does not force an idea down our throats, but instead binds together many complex ideas that form a prism through which to look at the times we live in.

It is a dramatic and intense novel about love and desire, and about the serious complications that impulsive prurience brings about. It is original, well-written and exciting; not least because Gulliksen gives those involved powerful voices.

“Gulliksen involves the reader with his penetrating dialogues and painful philosophical reflections on the nature and transience of love.”

“The many reflections on the nature of human relationships - why people engage in them, why they stay together or break apart - gives this story about marriage a solid foundation for readers to identify with. Gulliksen makes the decline of marriage all the more radical in the detailed description.”

“A painful story… it holds up a mirror… as A.M. Homes writes on the back cover: ‘It is a novel about everything we know but actually do not want to know about ourselves, our partners and our lives.’”

“Utterly unique contemporary novel about sex, social democrats and shame… The Norwegian author Geir Gulliksen writes with a combination of sensitivity, objectivity and a tender humor that manages to position itself in an area of modern Scandinavian prose that I would like to call the ‘new-erotic’"

"Look at Us Now contains some of the truest depictions of the conversations in modern love, in the form of text messages, that I have ever read.”

"Gulliksen targets the middle-class relationship difficulties with a dark irony. Step by step, the story of Hans slides toward the inescapable… The descriptions of how he rationalizes adultery and his marriage with his wife are excellent; filled with comical compassion and understanding.” 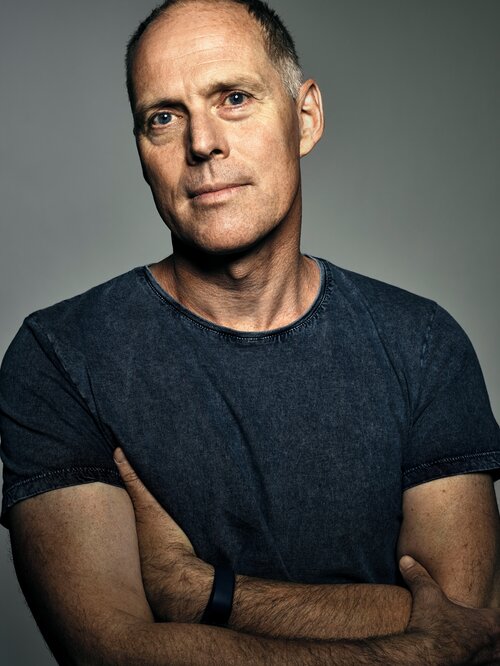 Geir Gulliksen (b. 1963) is a highly acclaimed Norwegian writer and publishing editor at Oktober. His previous novel, Story of a Marriage, was nominated for the Nordic Council Literature Prize in 2016. From the jury’s motivation: “Geir Gulliksen has (...) been responsible for a consistent and original exploration of the living conditions in a contemporary Scandinavian social democracy, often with gender roles, family life and sexuality as a focal point. (...) The novel [Story of a Marriage] provides a rare and finely tuned portrait of the dynamics of a lasting relationship, of proximity, community and intimacy but also of a distance that is growing in the middle of safety and freedom.”