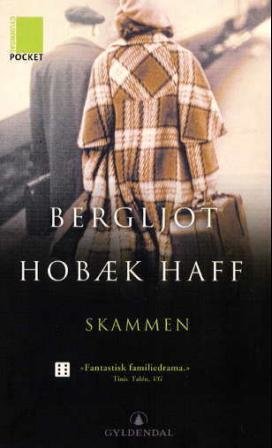 A compelling and ambitious tale of suffering and redemption - set in Norway. Idun Hov could have led a normal life. She is no less intelligent than her successful twin sister, Kathrine - a psychiatrist and documentary filmmaker - but a succession of traumatic childhood experiences condemn Idun to a life spent mostly in a mental hospital (at her sister's instigation). There she begins to write. The trials of her own life and of Norway itself enter her writing: her experiences fuse with the German occupation of her country, the shame of collaboration, and the moral and spiritual upheavals of a small nation, and of a sister, betrayed. This is a luminous novel, written with the finest psychological insight and a streak of devastating black comedy. Shame was the winner of the prestigious Norwegian Critics' Award in 1997.

Bergljot Hobæk Haff (1925–2016) is counted amongst Norway’s finest novelists. Her oeuvre numbers 16 novels, characterized by a clever and original approach to the narrative, by a poetic inventiveness, and by wit and wisdom.

Writing several historical novels, Hobæk Haff was always ahead of the prevailing literary trends, simply by sticking to her own, strong voice—each book at the same time being something entirely new and something unmistakably Haffian. In clear and imaginative prose she kept on tackling original and challenging themes, most of her books combining a mythological aspect with a realistic portrayal of humans, often addressing the religious longings of man. Her characters are often outcasts from society; isolated, expelled or persecuted, many of them strong women in a patriarchal world.

Hobæk Haff was awarded a number of prestigious literary awards for her books.