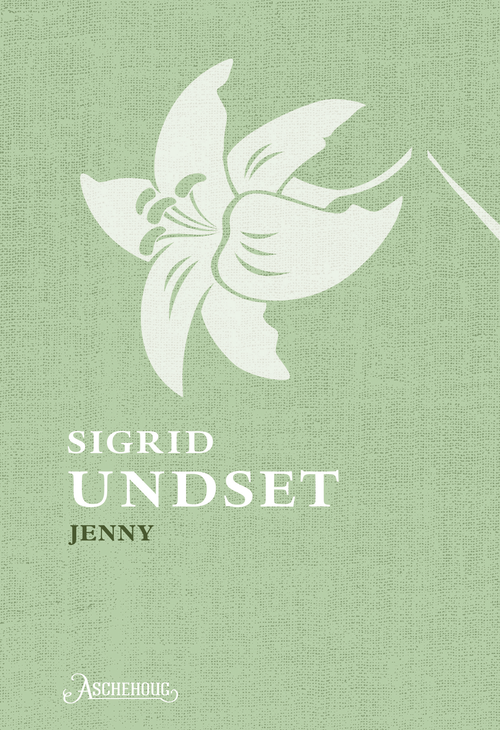 One evening in Rome, in the beginning of the last century, two people meet in the street: researcher Helge Gram and painter Jenny Winge. They embark on an affair, and when they meet again in Kristiania, Helge introduces Jenny to his family. Helge’s parents are living in a sinister marriage, something Helge is clearly marked by. This becomes a heavy burden to Jenny’s and Helge’s relationship, and after a while, they split up. Jenny, however discovers that she has much in common with Helge’s father; something which in turn leads him to leave his wife. This new relationship is soon to have tragic consequences for Jenny’s life. Jenny, the novel that marked Undset’s breakthrough as a modern writer, is an intelligent novel about one woman’s dream of love and her tragic fight to make that dream come true. Undset reveals a truth that has been hard for the modern individual to accept; that there is no necessary connection between freedom and happiness.

Winner of 1928 the Nobel Prize for Literature

One of the greatest writers Norway has fostered, Sigrid Undset (1882-1949) made her breakthrough in 1911 with the novel Jenny . Her name will, however, always be most strongly associated with the trilogy Kristin Lavransdatter , which has been sold worldwide for decades. Her historical novels won her the Nobel Prize for Literature in 1928.

In 1920 Undset published the first volume of Kristin Lavransdatter, the medieval triolgy that would become her most famous work. She was also a prolific essaysist on subjects ranging from Scandinavian history and literature to the Catholic church (to which she became a convert in 1924) and politics. During the Nazi occupation of Norway (1940-45) , Undset lived as refugee in New York City. She returned home in 1945 and lived in Lillehammer until her death in 1949.