Kyrre Andreassen
Furthermore, I Consider that Carthage Must be Destroyed 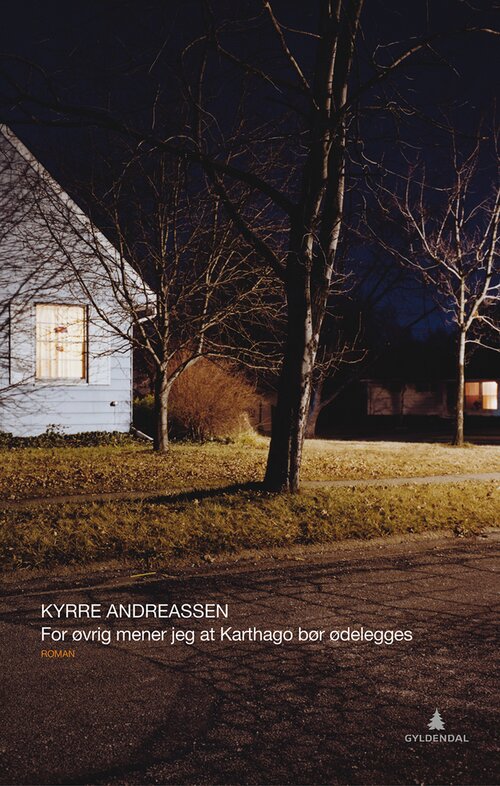 For øvrig mener jeg at Karthago bør ødelegges (Furthermore, I Consider that Carthage Must be Destroyed) is a novel about Krister Larsen, an electrician with great pride and huge back pains. It is a novel about knowing more, but never being right. About understanding the system, but never getting the upper hand. About love, anger management and working under the table.

Krister Larsen is married to Marianne, and they have a son, Andreas, who is 11. Krister is not very happy. His son is having trouble in school, his wife is only thinking about building a pergola in the garden, and then there is Yvonne, a woman he is extremely attracted to, even if he is denying it, for himself and for everybody else. Krister is a very common man, he is sensitive yet bullying, a reader and a thinker, as well as a bodybuilder. Strong on the outside, softer inside.
The whole story is told from Krister’ view, from inside his mind. In glimpses we get to know the contours of his life, a number of events involving women, temperament, but also how he is a friendly guy who wants to do well and doesn’t want trouble. Actually. It's about work. About pride in what you do. About the difficult love. Insight into yourself and others. Alienation between spouses, parents and children and friends, social interaction and everything we are not talking about. 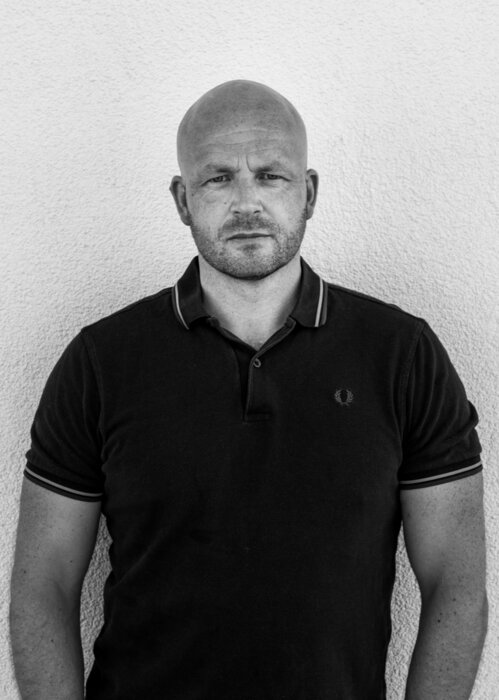 Kyrre Andreassen (b. 1971) lives in Drammen, Norway. Kyrre Andreassen has a Masters in philosphy, literature and Nordic studies from the University of Oslo. He had his literary debut in 1997 with the short story collection Det er her du har venna dine (This is Where You Have Your Friends). He was nominated for The Brage Award for his second novel, Barringer (Barringer) (1997). He has also written two plays: the one-man-play Dette stedet (This Place) (2002) and Polar (Polar) (2003). The novel Svendsens Catering (Svendsen’s Catering) was published in 2006 for which Andreassen was awarded The Linguistic Society’s Literature Prize. In 2007 he received The Hamsun Hunger Prize for his work.