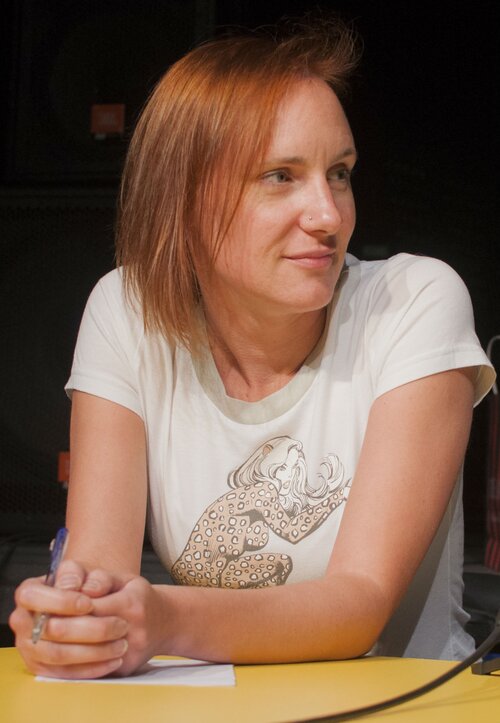 Translator, language teacher and film critic. Studied Scandinavian languages and literature at the University of Belgrade and Idea, Culture and Society at Nansen Humanistic Academy in Lillehammer, Norway. Sofija has been working as a professional translator since 2005, and has a number of published translations from Norwegian, Swedish and Danish, including Sex and Religion by Dag Øistein Endsjø, The Least Resistance by Adda Djørup, Encirclement by Carl Frode Tiller and So, You Want to Be a Dictator by Mikal Hem. She has also worked as a translator and interpreter on a number of international projects, most prominently on bilateral cooperation projects between Serbian Ministry of Police and the Norwegian Police Directorate. She is also an active writer and critic, published on (now defunct) pop-culture website Popboks (http://www.popboks.com/) and, more recently, Emitor (http://emitor.rs/), a website dedicated to Sci-Fi, Fantasy and Horror.