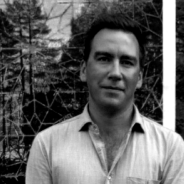 I am a British translator based in Fredrikstad, Norway, covering a wide range of text types including fiction, non-fiction, academia and current affairs.

Recent projects include a new biography of the German-Norwegian artist Rolf Nesch; The Ice by screenwriter John Kåre Raake, which was the star of the show at Frankfurt Book Fair 2018; and the book for the award-winning series Slash & Burn by Norwegian photographer Terje Abusdal.

I'm always eager to hear about up-and-coming projects – feel free to get in touch at the email address below.