Tore Renberg
Step On It, Ine

This is the first volume in a series of picture books by Tore Renberg and Øyvind Torseter. Ine and Hasse are brother and sister. Ine is the older one and can fix everything. Hasse doesn't say much, only «yes» or «tractor». They are going to cut down a tree in the forest and Ine carries the axe, of course. Soon, all the forest animals turn up to find out what's going on.

The text is playful and charming, with overtones of jingles. The beautiful illustrations are based on cut-and-fold technique. 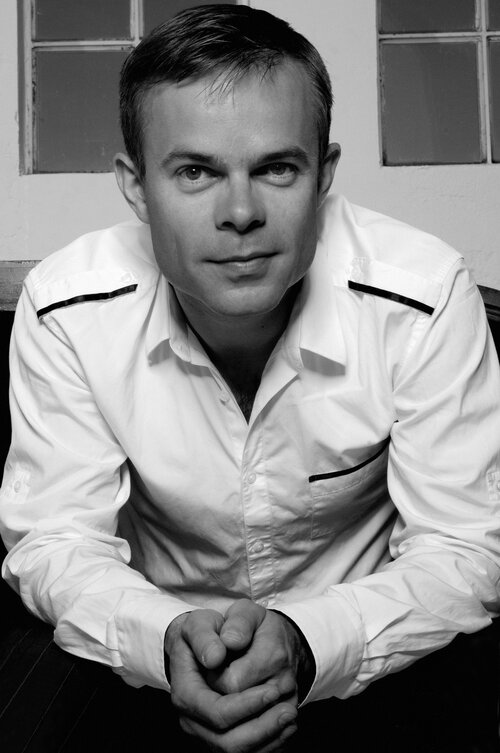 Tore Renberg made his literary debut in 1995 with a collection of short prose (Sovende floke) for which he won the prestigious Tarjei Vesaas' Debut Fiction Prize. Since then he has written several critically acclaimed novels and children's books, one collection of prose and one book of collages.
In 2004 Tore Renberg was selected one of the ten best writers in Norway under 35 by the Norwegian Festival of Literature and the influential weekly newspaper Morgenbladet.

ØYVIND TORSETER
(b. 1972)
Øyvind Torseter is an artist, illutrator, cartoonist and writer. In 2008 he won the BolognaRagazzi Award for his picture book Avstikkere (Detours).