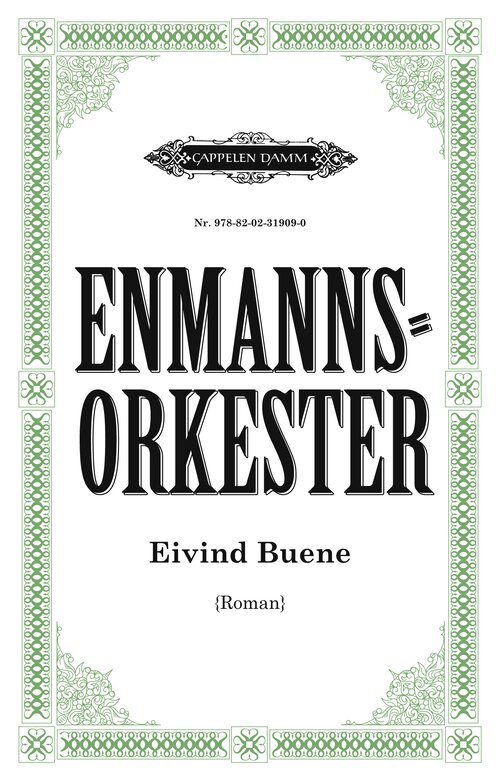 One Man Band is composed as a musical piece, seducing the reader into a spectacular crescendo never before seen in a Norwegian first novel.
The book alternates between five characters, each with their own unique voice. They all find themselves in a defining moment of their life:

The conductor Tristan Szabo never fulfilled his great ambitions. Now he tries to escape from the world of classical music.
After the worst hangover ever, Sondre Sæter starts to document every single day of his life – an obsession which drives him into insanity.
Johannes Hellweg is a violinist who fulfils the obligations his musical talent has laid upon him, at the same time sacrificing love.
Arvid Pettersen refuses to deal with his cancer diagnosis. Instead he shuts down his life, little by little, until finally embracing death.
Anna is involved in an affair, a passion so strong it makes her husband and children irrelevant.
In a masterly way Eivind Buene lets these five voices come together in a violin concert by Alban Berg. 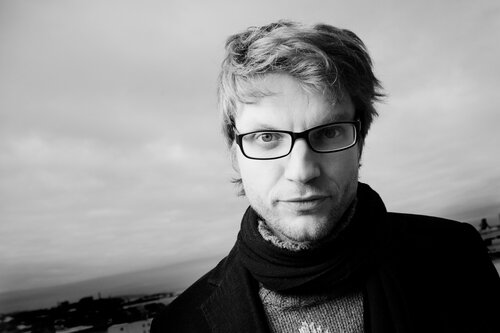 Eivind Buene studied composition and pedagogy at the Norwegian Academy of Music. He was the permanent composer at the Oslo Sinfonietta and Kristiansand Symphony Orchestra. One Man Band is his first novel.