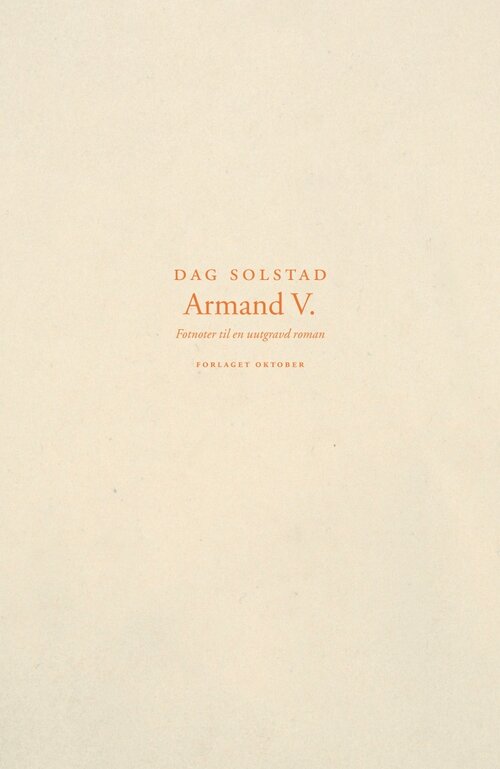 “Is a novel something that has already been written, and the author simply finds it, and carefully excavates it? I have to admit, for every year that passes by, I have become more and more aware of the fact that I am wrapped up in this comprehension. But who wrote the novel originally? If I am simply the one who finds it and excavates it? This is a comment to somewhere in the text up there which concerns, or hides, a metaphysical question of the highest importance.” (Footnote 5)

In this novel, which consists of the author’s footnotes to a novel that has not been written, Armand V. is the main character. In the mid 60s, Armand and his best friend Paul Buer arrive at University at Blindern in Oslo. They grew up in the same town on the west side of the Oslo Fjord. Paul Buer ends up with the realists, Armand with the philologists. Paul Buer becomes a meteorologist. The radical and EEC-opposed Armand makes a career as a diplomat and ambassador in world metropolises. The unwaveringly loyal ambassador Armand V. plays the part with a certain distance, on the inside – if not on the outside – he is an unfaithful servant of his country.

”...Armand V. Footnotes to an Unexcavated Novel is a novelistic triumph with deep democratic-critical insights … Risking to be proven wrong, I think it is time to establish that Dag Solstad is Norway’s greatest prose writer ... The novel ... is an event in contemporary literary history...” 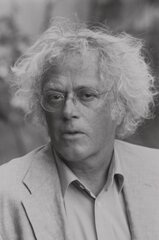 Dag Solstad entered the literary scene in 1965 with Spiraler, a collection of short stories, and have since been Norway’s most prominent author. He has written numerous novels, short stories, plays and collections of articles, in addition to five books about football World Cups in the period 1982-1998, which he wrote in cooperation with Jon Michelet.

Dag Solstad has received several literary prizes and awards, among them the Norwegian Literary Critics’ Prize – which he has received no less than three times, and in 1988 he won the Nordic Prize for literature for Novel 1987.