“’Do you think God will punish us if we kill dad?’ Mille asks.’“No, God doesn’t punish children,’ says Felix and has a drag of the cigarette, ‘at least not the ones who are very sad.’”

The story in this novel unfolds over a few midsummer days some time in the early 70s. Mille is eight years old and wants to be a boy. One morning she witnesses her dad killing her dog. Together with her brother Felix she plans revenge.

Marita Fossum has written a novel which with an acute sensibility and a growing unrest portrays a child who is forced to face reality.

“Marita Fossum has written a small novel of great depth. With linguistic precision and existential seriousness she draws an original portrait of a woman. The book balances between the humoristic and the tragic, and the author presents her material with insight and empathy. With Imagine Fossum proves that she is an exquisite stylist.”
(The jury’s grounds for the Brage Prize nomination)

”The book isn’t large, but it leaves its mark” (Norwegian Broadcasting Corporation)

“Powerful and precise … A distinct and condensed portrayal of an individual whose existence derails … This little novel is a tight and strong story, and Fossum impresses” (Adresseavisen) 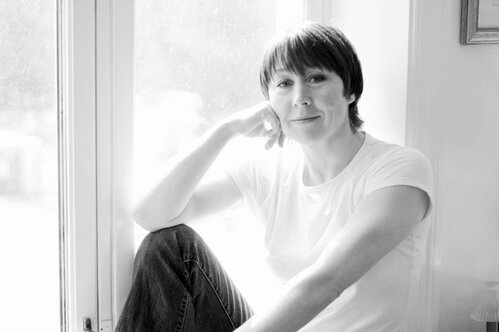 Marita Fossum had her debut in 2002 with the novel Verden utenfor (The World Outside), and has written four novels altogether. She received Tanum’s Kvinnestipend in 2005, and for her third novel Forestill deg (Imagine) she was awarded The Brage Prize.