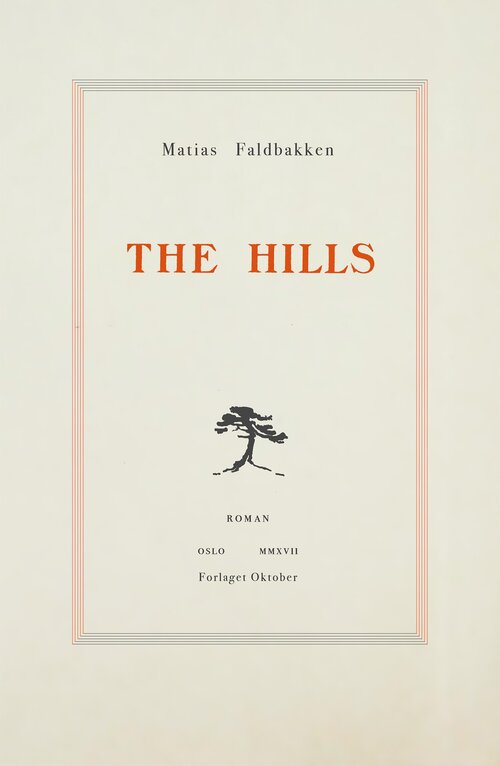 The restaurant The Hills stands at the center of Matias Faldbakken’s new novel, a story of waiters and regulars, chandeliers and cloakroom attendants, mezzanines and storage cellars, bar managers and in-house pianists. It’s a continental interior that greets the visitor as they enter the premises, a downtrodden mosaic of concentric circles on the floor and walls covered in portraits, drawings, paintings and stamps. The one who guides the reader through this landscape is a waiter at the establishment, a veteran of thirteen years. With utter discretion and a complete knowledge of all that goes on in his domain, he is the eyes and ears of the novel.

The ideas and ambience of old Europe are carefully guarded at the run-down restaurant. A well-established order wherein everything has its place rules, and little to nothing of the outside world intrudes. Until the threat of unrest and change comes anyway, in the innocuous form of a young woman quietly taking a seat among the regulars.

The Hills is an unexpected, smart and entertaining novel about collapsing structures and a world caught somewhere between diligence and decay. Matias Faldbakken possesses a rare talent for observation and an uncompromising eye for detail and humor as he pushes the performances of the novel to the point of absurdity, and does so in a manner that evokes a sense of unease as well as gravity.

It seems so effortlessly and candidly written, but truly The Hills numbers among the most uncompromising works I have read in very long time. A unique read many ought to treat themselves to.

A unique author. /.../ Faldbakken’s depictions of the restaurant and its clientele arouse associations to the German painter George Grosz: precise but caricatured, classic but cartoonish and fairly dark and grotesque.

The Hills is like a bout of laughter free from worries, often devilishly funny, but can also be read as an allegorical chamber play about how the transactions of capitalism are carried out.

The Hills is obviously written by a very talented author. /.../ The classical literary quality is effective to the highest degree.

An elegantly formed parody, characterized by excess and humour, sharp observations and piercing social criticism. /.../ The Hills is a grand and amusing read, with an added dose of discomfort. Matias Faldbakken demonstrates with this novel that he is an author in a class of his own.

The Hills is a novel you will have a hard time putting out of your mind. /.../ This is something of a gem.

Old and new ideas are served with a lovely lightness and warm irony in Matias Faldbakken’s literary comeback. /.../ Faldbakken anno 2017 seems more in tune with traditional, humanist literature. For that reason, The Hills is more scaled-down, but also infinitely more fun to digest.

Well served. Faldbakken’s new novel represents an intelligent variation in his authorship. /.../ The prose gives the book an intensity that stands in nice contrast to the undramatic external plot. The portraits of both place and narrator come alive with great attention to detail.

The Hills [is] one of the most entertaining books I’ve read in a long while /.../ [it] brings to mind novels like Thomas Mann’s The Magic Mountain, where the character gallery – placed at a spa in the Alps – forms a miniature Europe that encourages analysis of history as well as the present day.

The Hills is an extraordinarily strong novel. /…/ One can tell that the author is an artist, a brilliant seer. /…/ I knew that he could portray the unrestrained and the ignoble, but not that he also had a talent to hint so elegantly about light. One of this year’s best novels. 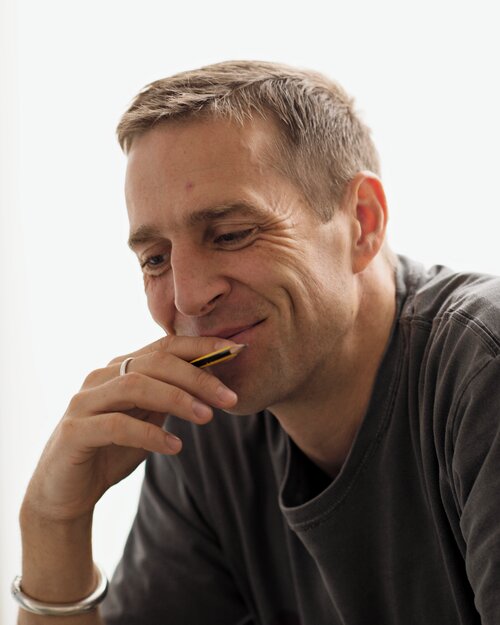