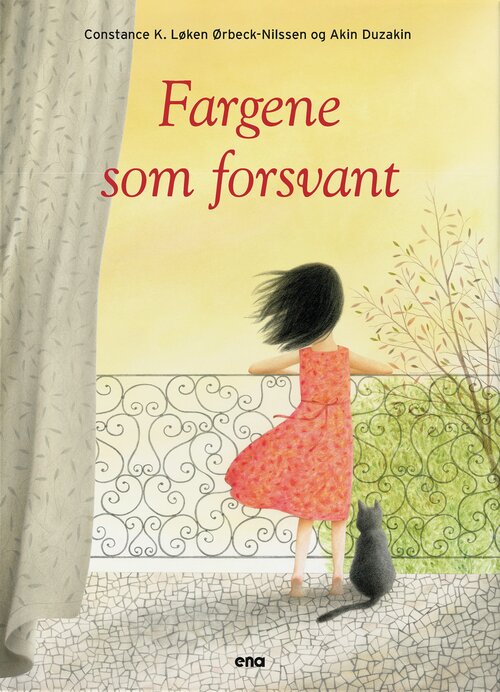 In a war-torn country, a mother and daughter are hiding in the basement. As the bombers fly over a bleak, bombed-out landscape, the girl takes refuge within, gaining advice and strength from a mysterious and wise bird.
Vanishing Colours shows how one’s inner life can provide hope in a world where hope has been silenced. While engaging directly with current issues, it retains a universal, timeless feel. The story creates an empathic space for the most vulnerable among us: Children afflicted by war. 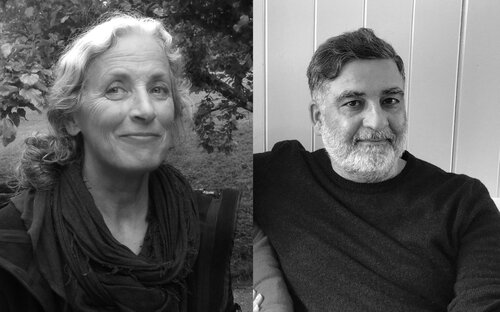 Constance Ørbeck-Nilssen (b. 1954) has studied at the Norwegian College of Journalism in Oslo, as well as the University of Oslo, where she studied pedagogy, and Tromsø Teaching College. She has written several picture books, and has collaborated with illustrators such as Ana Ventura, Hilde Hodnefjeld, Ragnar Aalbu, and Akin Duzakin.

Akin Duzakin (b. 1961) is a graduate of the Norwegian National Academy of Craft and Art Industry in Oslo. He has illustrated over 40 picture books, and written two. He has received the Brage Award twice for picture books made in collaboration with Liv Marie Austrem. He has also received the Department of Culture’s Award for Illustrated Children’s Books twice, and received the Book Art Award in 2006 for his many years of work as an illustrator. Duzakin is particularly well known for his poetic, slightly naivist motives, using a characteristic palette. He displays great figurative abilities and a strong sense of craftsmanship in his work.