17-year-old farmgirl Kirsten Nesse brutally killed a man before disappearing into the mountains. Over a year after the search to find her, rumors have begun to swirl: Kirsten has been spotted up there, in the high mountains.
People are afraid. Houses have been broken into and things are missing. It’s said that Kirsten has asked to speak with the priest. Sebastian Ribe, the village priest, reports for service: He must save the murderess and bring her down to the village.
He asks Reidar Skåren to help him track her down. Reidar was formerly known as the independent Mountain Man, but is now only referred to as "Skymingen", a lonely shadow of a person, hiding in the dusk, isolated. Reidar – a little too fond of strong drink and a little too burdened with grief after his father's death – accepts. Helping the priest will surely be a good opportunity to redeem himself.
The Cairns is a novel about the demons burning within, about an unexpected friendship, about a search in wild nature and rough weather. And perhaps most
importantly, it’s about three people who – without knowing it themselves – are each lost in their own way.

A unique, beautiful, old-fashioned story about a hulder, a priest, and a lonely mountain man. (...) Baldysz is skilled at conjuring up the beauty and dangers of the mountains. The book is first and foremost a good psychological portrait of the endlessly lonely Reidar.

Baldysz has something few other authors have: An eye for plot and for creating tension, and a great poetic power in his lyrics. In The Cairns, these characteristics shine through. It’s a kind of poetic thriller with psychological insight, which makes his book something completely unique. 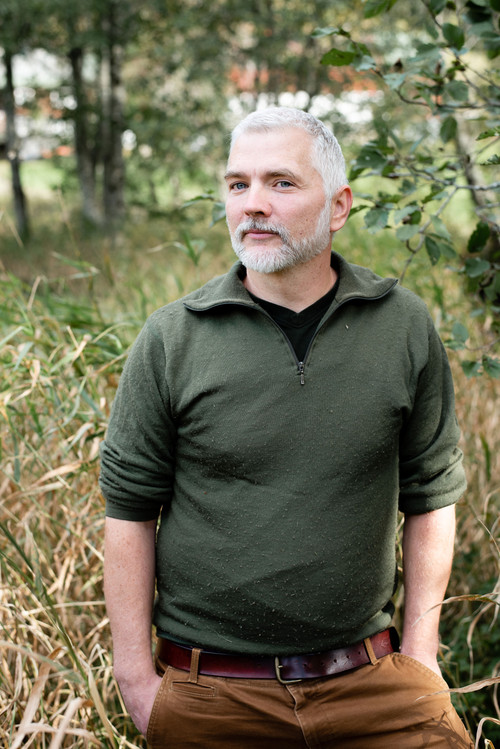 Martin Baldysz debuted with the novel Winter Crawings (Vintertrang) in 2013, and is also the author of the historical series Breaking Waves (Brenninger), with 16 books published so far.
Martin owns a farm in western Norway, where he lives with his author wife and two children. The Cairns is his second novel.