Martha Tverrberg, a 66-year-old world-renowned saxophonist and controversial feminist is performing this year’s commission piece at Vossa Jazz, the annual international jazz festival at easter. In the audience sits Agnes Tveit, who is writing a biography about the jazz diva. Agnes is a fan of Vossa Jazz — if it just weren’t for the music. Her thoughts keep wandering off, to how she had broken the engagement with her ex-fiancé after admitting to a one night stand with a journalist colleague. As if this weren´t enough, her old love interest, the one who got away, Alexander Kosanovic, is the new director of Vossa Jazz. Agnes knows that she has never wanted Alexander more.

After jamming with her musicians for two hours non-stop, the diva takes a break, only to grab the microphone and give a furious speech about how the whole jazz community is a disgrace because of its ageism and discrimination against women.Then, she picks up her instrument, plays one heart-wrenching wail – and falls to her death on stage.

The police conclude that Martha died from a poisonous powder applied to the mouth piece of her second saxophone and start investigating the death as murder. They soon discover a connection between this case and the death of the former festival director. Was he also murdered? When Agnes Tveit finds Tverrberg’s diaries, she discovers several suspects . Soon she gets tangled up in a murder mystery that might put herself in great danger. 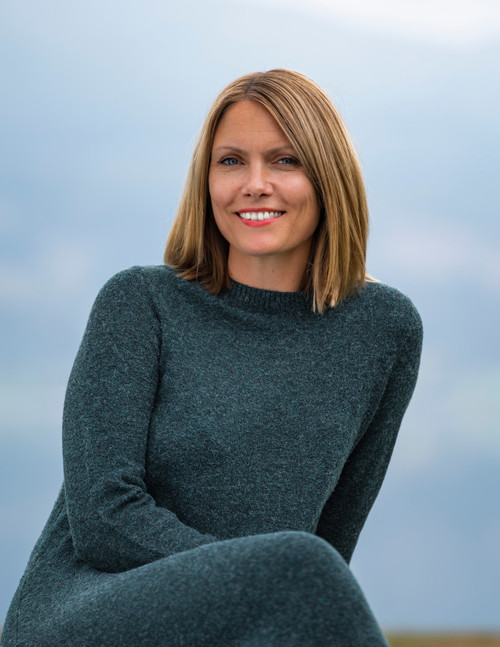 Randi Fuglehaug is an experienced journalist and editor. She was a US correspondent for Dagbladet in New York and has contributed to several of Norway´s most important newspapers and magazines, as well as working in television and hosting the podcast Fødselspodden. She has authored both literary children’s books and narrative non-fiction. Alt vel med mor og barn — historier om fødsel (Samlaget 2018) is her most recent non-fiction title, and the same year she published her latest children’s book Skalla (Samlaget). She grew up in Voss in Western Norway, but lives in Oslo with her husband and two children.