I'm the One Who Can Help You

Psychologist Edvin works at the Kvervel Palace. He is engaged and soon to be a father for the first time. One day, he gets a new patient, André. Edvin knows him from his childhood but hesitates to tell his boss about their relationship. He is ashamed and unable to say more than ‘we went to school together’, which really doesn’t cover it. Edvin was bullied, and André was the bully. Now they have to deal with each other on a daily basis.

Why did André start taking drugs? Did Edvin have anything to do with what happened? Why was life so cruel to André but kind to Edvin? Or has life been kind to him?

Kjersti Halvorsen writes about complicated topics such as power, addiction, revenge and reconciliation in an entertaining way. 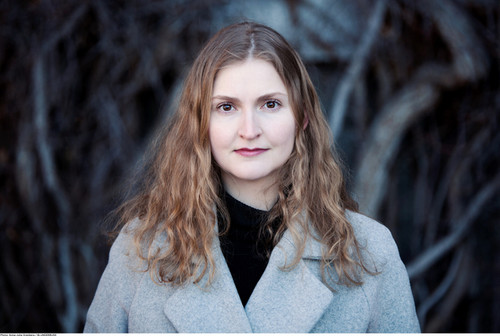 Kjersti Halvorsen (b. 1993) grew up in Lier. She has attended author-studies at the college in Bø and studied psychology at the University of Oslo. She made her debut in 2019 with the novel Ida Takes Charge, a book that earned her a nomination to the Tarjei Vesaas debut prize.