Emily is 19 years old and pregnant, and Pablo, the child’s father, has no intention of being a part of her or her unborn child’s lives. She works in a supermarket where the owner tries to take care of her. So does her neighbour, a single man who Emily thinks must be a priest and who turns out to be in love with her. Emily has grown up alone with her mother, and now that she is seven months pregnant, her mother moves into her apartment to help.

Emily Forever is a novel about class, about everyday life, and about struggling to find something inside you that makes it possible to cope. The empathetic, quizzical narrator comments on both Emily’s life and the storytelling itself, and frequently changes perspective to investigate how Emily is viewed by others: by those who think they know who she is and how her life will be. As a consequence, the novel is seeped through with a strange joy and the germs of rebellion, a fundamental, defiant solidarity and a sharp humour.

“A powerful, sharply written novel about finding value in the life you have (…) it will probably end up as one of this autumn’s most looming titles'

'(...) a profoundly beautiful book about a rudderless existence that seems genetically conditioned (…) A novel about class such as this one brings your thoughts back in time to the hopelessness of Amalie Skram’s naturalistic stories of inherited poverty.' 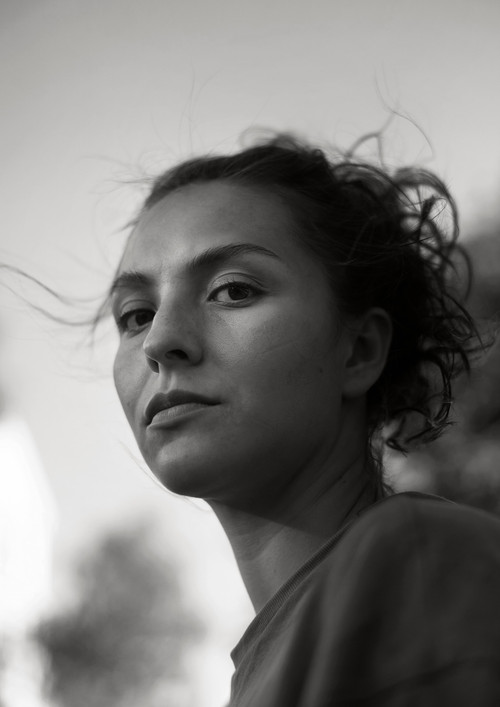 Maria Navarro Skaranger was born in 1994 in Oslo, and made her debut with All the Foreigners Have Their Curtains Closed in 2015, which was sold to Denmark even before its Norwegian publication. Hailed for its prose, a groundbreaking and highly stylized immigrant-influenced Oslo vernacular, the book was nominated for the Tarjei Vesaas First Book Award and also won the Debut Prize 2015.

In 2018 she won much acclaim for her second novel Book of Grief, which was awarded the Oslo Prize. In 2019 she became the recipient of the Bjørnson Grant, an author’s grant given by the Booksellers’ Union, in cooperation with the Authors’ Union and the Bjørnson Festival.

A film adaptation of All the Foreigners Have Their Curtains Closed premiered in spring 2020.