A man decides to visit his depressed friend who is admitted to a psychiatric ward. They start talking to each other and pick up their friendship again, but are constantly interrupted by the nurse in charge. The friends decide to flee from the hospital together, but it soon turns out that they are being persecuted by the angry nurse. It develops into a fierce chase that ends with them overpowering the woman and traveling on with her tied up in the back of the car.

The escape from civilization is becoming increasingly challenging, and the two friends must seek refuge in remote areas in order to remain together. They set course for the outermost island in the north that belongs to Iceland – Kolbeinsøy – constantly with the aggressive nurse as a travel companion. 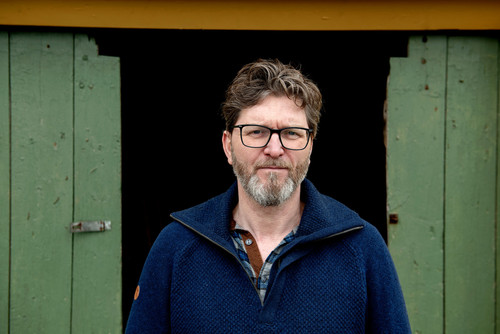 Bergsveinn Birgisson holds a doctorate in Norse philology and has an expansive background in folklore, oral histories, and lyrical poetry. Birgisson is also happy having learnt about the cultural institution a sheep farm represents.

A true researcher at heart, Birgisson has spent his life studying language and how it represents the truth of the human condition. He currently resides in Bergen, Norway, where he continues to write classical tales.

Birgisson’s work has been widely recognized through prestigious awards and nominations.