The Angry Psychologist: Idunn Jæger (49) is supposed to rescue other people. But one day, everything falls apart.

One Monday morning, psychologist Idunn Jæger finds a woman standing outside the District Psychiatric Centre (DPC) with a basketful of eggs. Before she has time to think it through, Idunn finds herself joining in as the woman hurls eggs at her workplace. A lot of eggs. It’s marvellous to see them smashing against the glass door.

Idunn is 49 years old and single. She is thoroughly dreading the departure of her son Gustav, who’s about to start military service. She’s enraged by the official one-size-fits-all approach to mental health care. She is angry with Health Minister, and his zero tolerance goal for suicide, which she views as unrealistic and inhumane. It’s tempting to lie down on the sofa and just give up. But then the police ring at her door. And Freud creeps out of the sofa cushion.

The Angry Psychologist is a satirical novel in which the distance between supposed normality and insanity is wafer-thin. 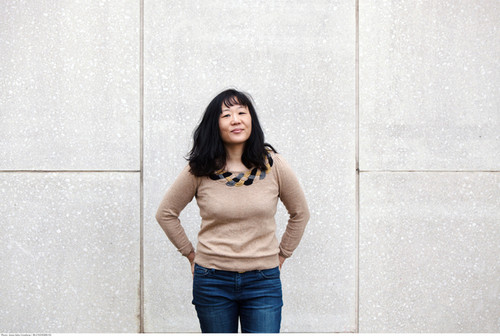 Synne Sun Løes (1975–) is based in Oslo. She debuted in 1999 with the book Yoko is alone. For her YA-novel, Eating Flowers for Breakfast (2002), she won the prestigious Brage Prize. She has been awarded Riksmålsprisen and been chosen as a White Raven author.