Diabolical, sombre and funny.
The father of a family has serious neighbour problems. A partner feels lifeless. A refugee loses his memory. A drug-addict lives for the kicks. A young man is afraid to sleep. A skier freaks out.
The stories in All my demons often arises out of everyday situations, but the fragile facades of existence soon start to show cracks. The sinister side starts to trickle out. The idyll grows grotesque. Apparent friendliness turns into linguistic and physical violence.
In his first collection of short stories, Nikolaj Frobenius focuses on the paradoxes that lie as an undercurrent in people’s lives in well-regulated, modern Norway – and he paints the unrest of individuals in a powerful narrative style.

Delightful to encounter an author who do not serve the reader the obvious, but the ambigious and unsettled. This year's book from Nikolaj Frobenius is no less disturbing than his last novel.

All my demons is interesting, tight and well written.

... the author is a true master of changing an apparently normal situation to something quite different ... Or of intelligently showing the contradictory feelings lurking under the surface of all of us .... fearlessly
throwing himself into dark rooms, and shamelessly giving the reader the creeps. 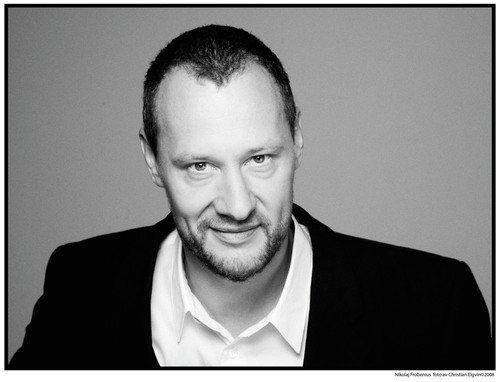 Nikolaj Frobenius (b.1965) is a highly merited novelist and screenwriter. His books are sold to more than twenty lanugages, and his international break through came in 1996 with The Sade's Valet.
Frobenius has also written several film scripts, including the thriller Insomnia (1997), which was subsequently produced by Christopher Nolan in a new Hollywood version, starring Al Pacino, Hilary Swank and Robin Williams