Time Wants a Different Image is a portrait of four young people who meet at a holiday home in 2016. Brexit, the Paris Agreement and the US presidential election serve as the framework for the conversations among the four friends. But there’s a smouldering beneath the surface; things are kept hidden and the four of them hide from one another. We go back in time with Claudia, Michael, Casper and Susanne, who also have intersecting romantic relationships. The story extends over ten years and each chapter deals with a single event in the characters’ lives.

Who are these young people – in relation to themselves and one another? What do they reveal, what do they keep to themselves, who are they and what do they want? How are our lives shaped by underlying structures? Who are we supposed be in a world that has become fragmented? Time Wants a Different Image is a mature, stylistically assured debut that also draws a rich portrait of a generation. 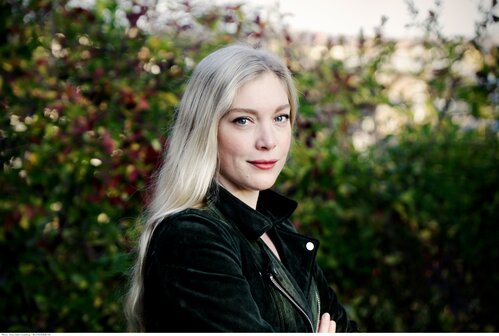 Eirin Betten (b. 1988) is a literary scholar and journalist. She works as a lecturer and freelance writer. Tiden krever et annet bild (The Age Demands a Different Image)is her debut novel.