In this fragmentary structured novel, we encounter three voices: the first belongs to the first-person narrator, who has just delivered a new book manuscript to his publisher. Salvesen writes about what it means to write a literary universe into being, about how and why the I-narrator does it and how artists must live with the consequences of their art.

The second voice belongs to David, who has lost his father and his job in the oil industry. He feels alienated in the life he lives. Now he has planted a bomb outside the Norwegian Petroleum Directorate in the coastal oil town Stavanger and has gone into hiding in a bunker beneath the sea. The terrorist act was organised by others and David has escaped the consequences for his action. When the bomb went off, he was already out of range. What and who has this action turned him into?

The third and final voice belongs to Snorre Sand, an author who has taken early retirement and who helped cast the concrete of the bunker where David now is during the Second World War. He looks back over his eventful past – war, imprisonment, love, a literary life – and tries to seek meaning in an existence in which he no longer writes. 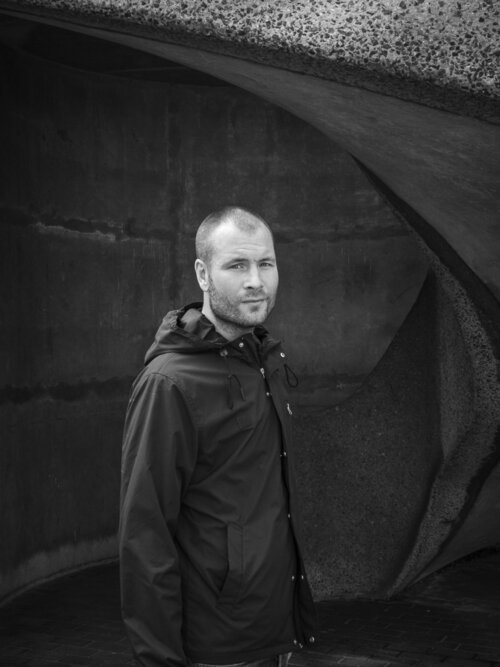 Rune Salvesen (b. 1978) made his debut in the anthology Signaler in 1997, when he was only 17. He studied journalism in London and has published many poems in various magazines and publications with Irish and American authors, photographers and designers. He has worked as a journalist and written lyrics for several bands. His first novel, Pure Morning, was published in 2005.