What happens when you move well-known biographical figures to a new place and give them new surroundings, a different background, a different narrative arc and an alternative ending? Anne Frank died in Bergen-Belsen in spring 1945. Before that, she and her family, along with four other Jewish people, spent more than two years living in hiding on the upper floor of business premises in Amsterdam until they were discovered and deported. Kristian Klausen’s novel, Anne F., portrays Anne and her father Otto in Drammen and it is Otto Frank’s Drammen that is depicted for the reader. Until the outbreak of war, he runs a tobacco kiosk on Konnerudgata. Later, again, it is Otto’s perspective we see. We meet him alone in Auschwitz and at Drammen railway station after the war, as the sole survivor. It is Otto who obtains the diaries that were left behind and starts to live through them. A thought-provoking, gripping book from Kristian Klausen. 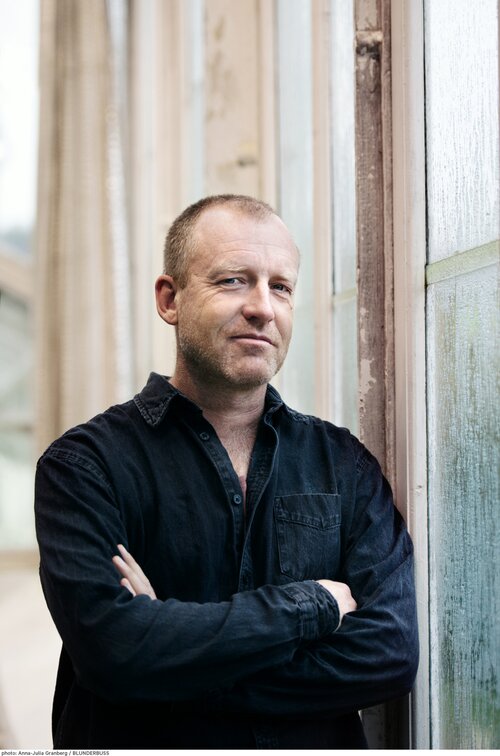 Kristian Klausen (b. 1971) has been a freelance writer and art instructor. He currently works as an environmental therapist with a psychiatric hospice. Klausen made his literary début in 2008 with his critically acclaimed short story collection The meal in Emmaus.