Olaug Nilssen
The One Needful Thing

Who will shoulder a responsibility that nobody can really manage?

In The One Needful Thing the reader gains insight into the daily life of a wholly ordinary family that has ceased to be ordinary. Lea lies in bed playing Hay Day on her iPad and wonders whether she has chronic fatigue syndrome. Her sister Rakel balances along a tightrope in her role as the primary care provider for intellectually disabled Benjamin, for whom Lea no longer has the strength to be a mother. Gudrun, the sisters’ mother, is focused on being there for her third daughter Linda and her family. One day when Benjamin is dropped off at home after spending a weekend in respite care, Rakel is not there to receive him.

The One Needful Thing is both humorous and serious, a continuation of the themes explored in A Tale of Terrible Times from 2017: Who will shoulder a responsibility that nobody can really manage in the age of individualism? And can a balance be found between freedom and obligation within the community, or even among the members of the same family? 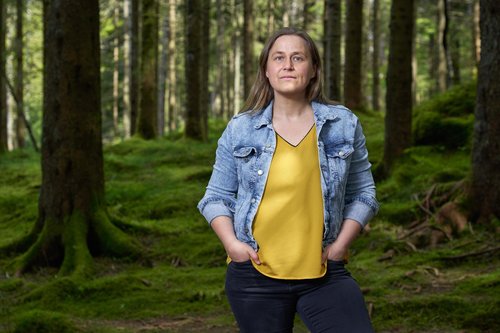 Olaug Nilssen (b. 1977) made her real breakthrough in 2005 with Turn Me On, Dammit (Få meg på, for faen). The book breaks taboos in relation to young people and sexuality and defined a whole generation. Since then she has written books in many genres and made her mark as an unusual and important voice in Norwegian literature.