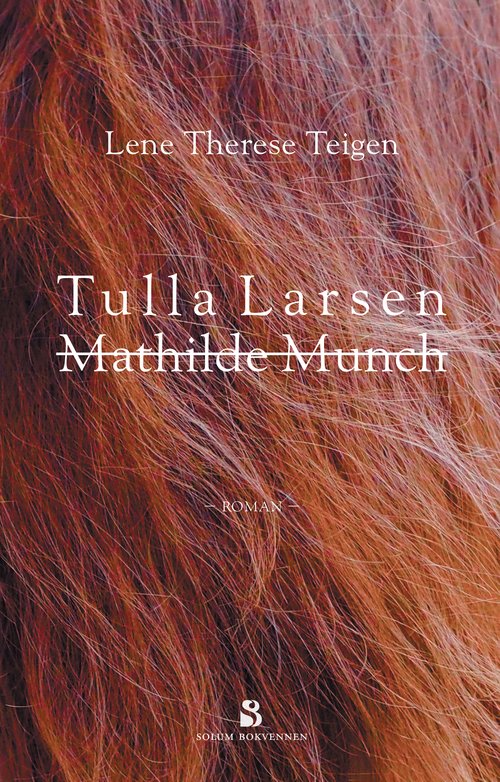 Tulla Larsen/Mathilde Munch is a story of a life in the shadow of another. It is a story about love, but also about history and who owns the rights to it.

Lene Therese Teigens book is a biographical novel about Mathilde Larsen, better known throughout her life as Tulla Larsen. Mathilde/Tulla modelled for Edvard Munch when she was 29 years old, she was his muse and later became his girlfriend. With her characteristic red hair, she is easy to recognize in many of Munch's paintings. Their relationship was turbulent, controversial, and ended with the famous «shooting in Åsgårdstrand».

In this biographical novel Tulla is the center of attention. Her relationship to Munch greatly affected her reputation while she was alive, but also posthumously. Several of the famous scenes from their relationship has only ever portrayed from Munch's point of view, but here it is Tullas perspective that matters. Here, we are given glimpses into her life, into her relationship to Munch – and also into her other relationships, for instance to the Norwegian painter Arne Kavli and shipbroker Hans Blehr.

A central theme in the novel is: How do we cope with being forced to inhabit the role as the supporting actor in another persons life?

Tulla Larsen/Mathilde Munch is extensively illustrated with paintings and pictures by Tulla's men, but also with Tulla's own artwork – a large collection of her etchings are shown in the book, most of them for the first time ever.

Lene Therese Teigen brings Tulla Larsen out of Edvard Munchs shadow with an original novel project. (...) In a way it is not only Tulla Larsen that gets rehabilitated, but all women like her, all equal destinies. (...) as a perspective, a way of orienting in both history and contemporary society.» 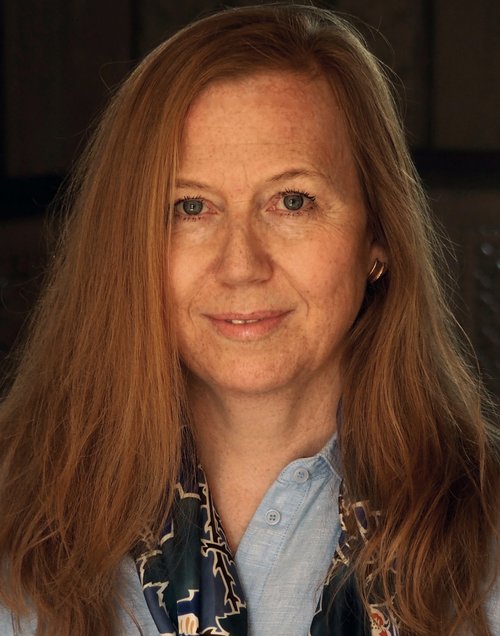 Lene Therese Teigen is an author, playwright and director based in Oslo. She published her first book in 1993, the novel Hvitt. Stille, which she got Aschehougs debutant prize for. In addition to the novels Utro (2005) and Andrea N. finnes ikke (2015), she has written a number of plays that have been translated and produced in many countries around the world. Her last play, Tiden uten bøker/Time without books, premiered at the distinguished Teatro Solis in Uruguay. The play premiered in Norway in January 2020, and got very good feedback from the audience. Teigen was the president for the Women playwrights association between 2010 and 2015, and headed the project Dette skrev kvinner/Women wrote this, which brought focus to female Norwegian playwrights throughout the years 1870–1910 (The same years Norways most esteemed male playwright, Henrik Ibsen, had his golden years). In 2018 Teigen received Oslo municipalitys Munch-scholarchip.