Three friends have gone down to the spot where the brook empties into the bay. They are going to build a reed boat that will actually float.
The plan is to take the boat out to the island where they will set up camp and live off the land. But one of the young boys really just wants to spend time with his mum and dad and granddad. He wants to help out building the deck and the stairs and with the things that need to be done to fix up the house and garden.

The Brook (Bekken) is a childhood memoir, set at a critical moment on a construction site in Southern Norway, told in the open, inquisitive voice of a young teenage boy. A gripping novella about the land development of an area beside a contaminated brook that is the children’s playground, where the main character and his two friends from the neighbourhood venture further and further out into the water and about what could happen if one decided to sit completely still and simply observe events as they unfold. 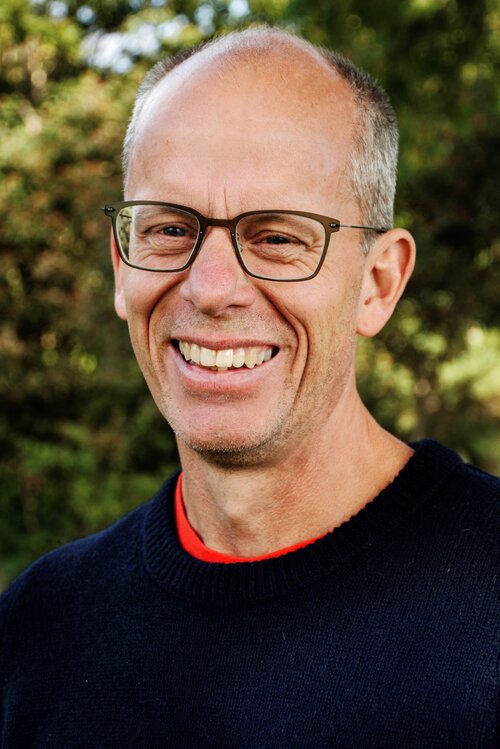 Bjørn Arild Ersland shattered the Norwegian fiction sound barrier with his critically acclaimed Store hendelser i liten skala (Big Events on a Small Scale) (Pelikanen 2016) and followed up on this a year later with the lovely, short and somewhat bizarre novel Hårfagre (Fairhair) (Pelikanen 2017). Ersland has also written a number of children’s books and non-fiction for both children and adults. He is a four-time Brage Prize nominee.