The Echo of a Friend

Elling is finally back! As vulnerable and funny as ever. He has moved into a basement apartment in the area of Grefsen in Oslo, renting from the widow Annelore Frimann-Clausen. This is Ingvar Ambjørnsen´s fifth book about Elling, and it continues to build on the strong narrative from the previous books. The new book is a beautiful and gripping story about a lonely human being, a story that many might feel related to.

Of course this is a real Elling novel. But the backdrop that Ambjørnsen has drawn up for us also contains deep and striking comments on society of today – you can by all means call it humoristic satire – but Echoe of a Friend has a deeper and more serious undertone, describing some of the most pronounced contemporary features of our time.
DAGBLADET, 5/6 Stars

Ruthlessly honest return of Elling.
The return of now 20 years older Elling in Ingvar Ambjørnsen´s Echoe of a Friend is sad, melancholy and at the same time invigoratingly humoristic. As a novel it is a recognizable Ambjørnsen landscape, smartly delivered with a sense for precession and dark humour. It is not an exaggeration to say that Ambjørnsen was at his very best with his books about the lonely, dysfunctional and at times crazy Elling. And he shows us again, 20 years later that he is at the same level. It is a joy to read this new novel.
DAGSAVISEN

What a comeback! Echo of a Friend is a genuinely funny book, offering a lovely row of shining comic episodes. But just under the cheerful surface there is a tender nerve of something different. For The Echoe of a Friend is maybe first and foremost a novel about great and bottomless loneliness. [...]

Elling is back. Almost just as funny, and quite as sad – but even lonelier.
The recognition of what Elling is struggling with, finding his place in the world and a dignity in his own life, make Echoe of a Friend not only relevant, but yes – important.

Ingvar Ambjørnsen is back with a new book about Elling – 20 years later. This is a reunion that you do not want to miss. Reading this book on the tram might lead to spontaneous laughter behind the book covers, making you feel a bit like Elling yourself. [...] 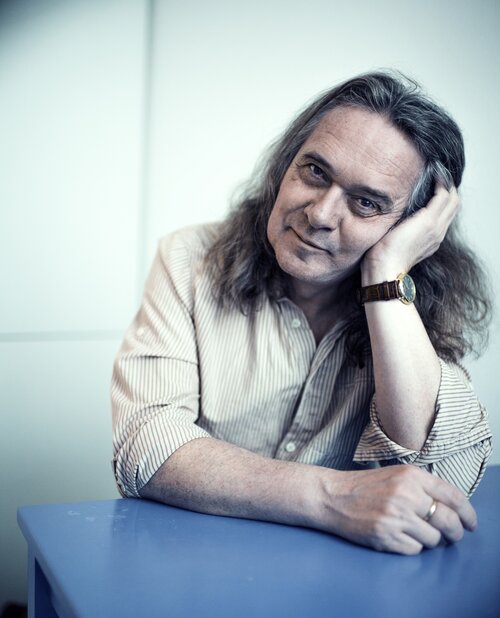