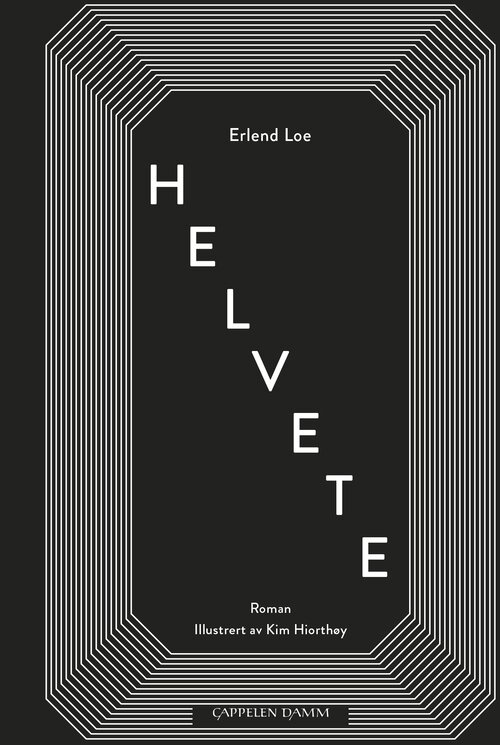 Newly divorced Rakel has moved from her villa into a smaller town house, and she has custody of her children every other week.

She has plenty of time on her hands the weeks she spends alone. One day she decides to take on her small patch of garden with a rusty shovel she finds in an old shed. Just as she starts digging, she stumbles upon a doorway that happens to lead straight to Hell.

This journey to the heart of darkness comes with typical Erlend Loe absurdism and lots of dark humour.

Yours truly had the greatest of times with this book! Loe does not make a batter bigger than what he can beat, but what hell of a cake he is baking! The naïve lines in the illustrations by Kim Hiorthøy suits this absurd and delightful novel that also has a very surprising end.

Loe is witty and satirical. Childish and wise at the same time. He messes around with stereotypes, standardized language and human weaknesses. Hell can be read as an allegory of life and what happens in the tension between the highs and the (cellar) lows. [...] 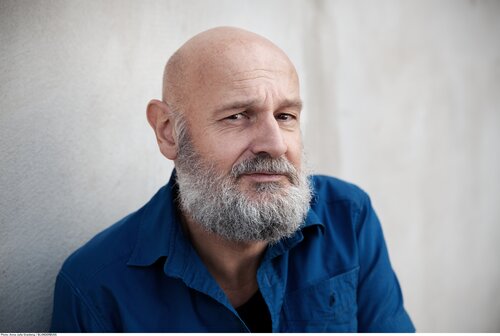 Erlend Loe was born in 1969 in Trondheim, Norway. He studied folklore, film studies, and literature before becoming one of the most beloved and popular authors in Norway. He made his debut with the novel Captured by the Woman (Tatt av kvinnen) in 1993, a novel he received raving reviews for. In 1996 came Naiv. Super, his big break through in Norway as well as abroad, and has been called the novel of his generation. His novel Doppler, which came out in 2004, has been critically acclaimed for it´s depiction of the modern man, and The Guardian named it Book of the year. He is a productive author, and publishes books both for adults and children. His books about Kurt have been a huge success, and has also been turned into an animated film.
Erlend Loes books have been published in thirty-nine countries so far.

He lives in Oslo with his wife and three sons, and enjoy biking.