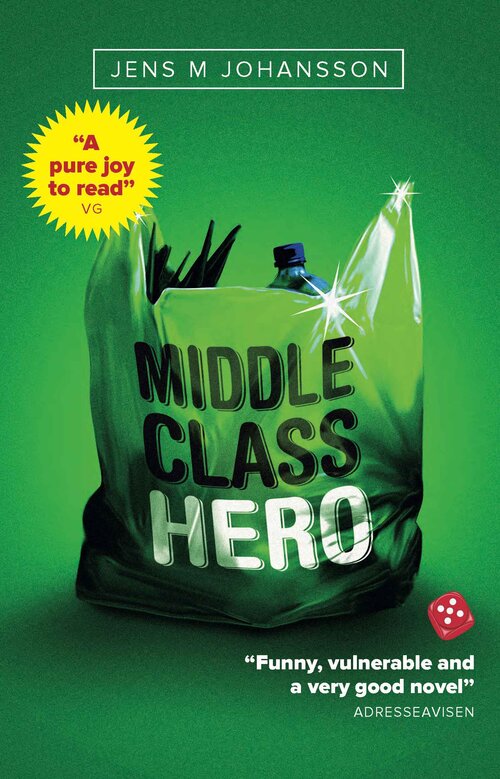 Adam Bergs career is fading. Where is the promising author who was going to make a difference with his writing? The political, edgy and witty dude who married DJ Iris? Now, mid-life he is nothing but a sofa critic, cheated by his wife, left behind by his colleagues who flaunts their success (and therefore, his shame) for everyone to see on social media.

But there’s a new era approaching. The world is out of joint, and Adam Berg deicides to put it back in its socket. He is going to write a fucking masterpiece. In his own words: " I am fourty six, and I am damned mad!"
He wins a big literary grant and sets out to find and portray the working class, to find the way in to ordinary people.

Middle Class Hero is a true, angry and vulnerable novel about a desire to contribute to society, and also not quite handling it. Rivalry, daddy issues, management issues, selfesteem issues, diesel vs gas issues… Adam Berg is here for them all, and it just might be the funniest book you’ll read this year. 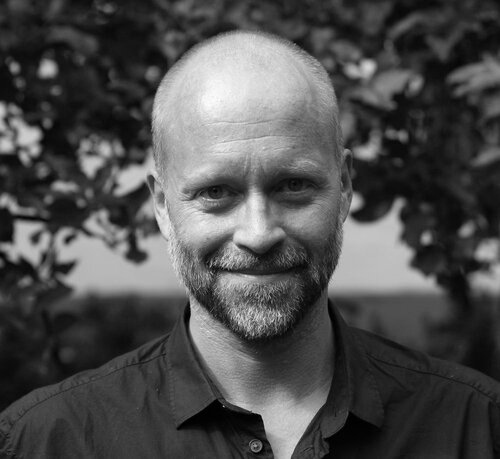 Jens M. Johansson was born in Stockholm (1971) but grew up in Oslo where he went on to study journalism, literature and history of ideas. He has worked with investigative journalism, as a music critic and satirist. His work has resulted in several awards, and is included in several essay collections, anthologies and textbooks.

His first short story collection came in 2002, and it was considered a great debut. Two years later Trøst (Comfort), a “extra ordinary, fantastic and feminist” piece of fiction according to the Swedish reception. He has later followed with a number of critically acclaimed novels, most recently Bryllup og begravelser (Weddings and funerals, 2013) og Et godt liv (A good life, 2016). He’s translated into several languages.