Eivind Hofstad Evjemo
Welcome To Us 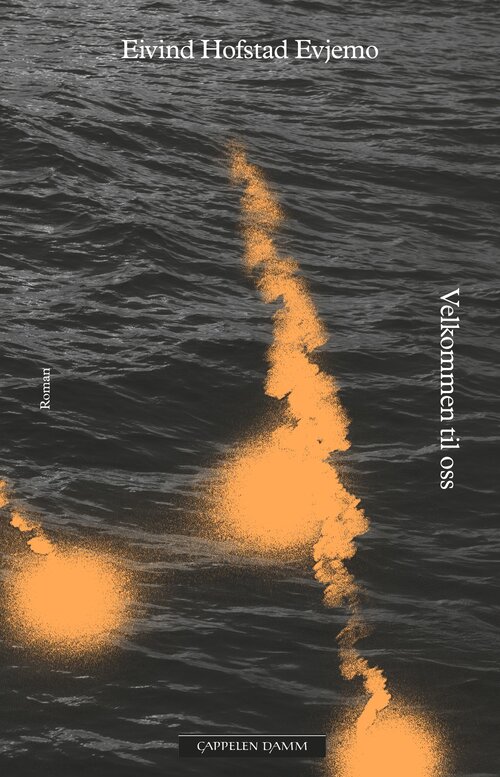 How to grieve, and to go on living in the shadow of an even greater grief?
In Eivind Hofstad Evjemo's new novel we meet a married couple, Arild and Sella, who are trying, each in their own way, to come to terms with the loss of their son Kim, whom they adopted from the Philippines. We follow Sella in particular, who feels that she and Kim were not as close as they might have been, and goes back over her memories in search of some explanation of why he left them.
We learn that Kim died as a result of a ferry capsizing while in the Philippines, where perhaps he had been hoping to track down his biological mother. The accident happened over ten years ago, but the terrorist attack on the government buildings in Oslo and on Utøya of July 22nd, 2011 brings their own tragedy back to them, and to Sella in particular. A couple living in the same neighbourhood lost a daughter on Utøya, and Sella becomes almost obsessed with the thought of how this couple manage to articulate their loss, create new perspectives for their lives, and come to terms with something so unspeakable. She plans to bake something for them, because that's the kind of thing people do. But over and over again she abandons the idea and instead she observes them as closely as she can.

...it is penned by an author who would appear to be one of the best that Norwegian contemporary literature has to offer.

Everything that was unclear or completely overlooked before is suddenly laid out. Details that you didn’t notice before suddenly become not only visible, but charged with meaning ... He has a unique way of looking at the everyday occurrences, practical details and past events that dominate lives.

Welcome to Us doesn’t have any dramatic twists and turns, clichés or caricatures. This is an unassuming novel about loss and grief, and a novel which could easily be read more than once.

One seldom encounters such accomplished writing. Every sentence vibrates with aesthetic delight and existential solemnity.

Evjemo has made several successful attempts to counteract everyday triviality with compositional originality. He writes lyrical, thoughtful passages and allows his characters to enter a monastery or be part of a tragicomic amateur theatre production without giving into the temptation to make fun.

The sorrow is well presented from a clever perspective, and there is not a line too many.

I am a great admirer of Evjemo’s empathetic and cinematic bird’s-eye view and I hope that he goes on to write many more books.

...Evjemo is careful with such opportunities, and the result is a sober text, cleverly written in pure style by an author who is able to put themselves in someone else’s shoes and see things from their usually so inaccessible perspective... 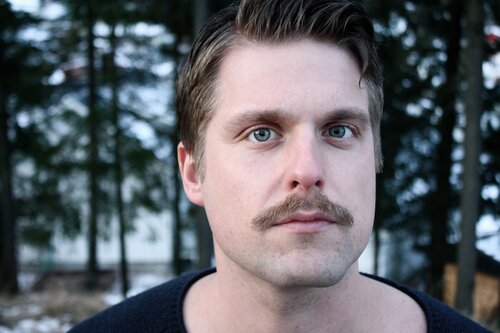 Eivind Hofstad Evjemo (1983–) studied writing at Litterær Gestaltning in Gothenburg, Sweden. For his debut novel Wake me if I fall asleep (Vekk meg hvis jeg sovner) from 2009 he won the Tarjei Vesaas’ First Writers Award.
For his second novel, The last You will see is a face of Love (Det siste du skal se er et ansikt av kjærlighet) from 2012 he recieved The Young Critics Prize, the UT-award and Writer of the year from Trøndelag County.
Hofstad Evjemo is as well as a writer, also the editor of the yearly debut anthology SIGNALER.

In 2015 he was listed as one of the ten best norwegian authors under 35, by weekly newspaper Morgenbladet and Norsk Litteraturfestival.