”My father and I were never close when I was a child, nor were we close in my youth. I never dared to approach him because I was afraid of touching on the ‘unmentionable’. There was something hidden in him that I did not want to know about. Already from my early teens I was aware that we could not discuss the war and Nazism. It was better to leave things unsaid.”

During the Second World War Petter Westlie was a nazi fighting for the Germans as an SS-soldier on the Eastern Front. When his son Bjørn was old enough to understand the significance of Petter’s actions, he dissociated himself from his father. Years went by, and gradually Bjørn got the feeling that his father wanted him to know about his past. It turned out that Petter Westlie had recorded his story on tape for his son.

This is the story of an unusual relationship between a man and his father, and about a young Norwegian’s experiences as a soldier in the German attack on the Soviet Union. The author has critically examined all available sources in order to compare his father’s tale with historical facts. He has also travelled in his father’s footsteps in Ukraine, where the invasion forces Petter Westlie belonged to were guilty of murders of hundreds of thousands of jews.

"... the best book written in Norwegian about the SS soldiers on the Eastern Front ... a book (Westlie) was cut out to write, a story transgressing the boundaries between private and universal dilemmas."
Dagbladet 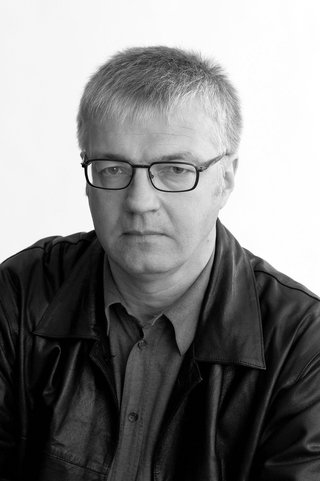 Bjørn Westlie is a journalist and the author of a number of non-fiction books on subjects related to World War II.