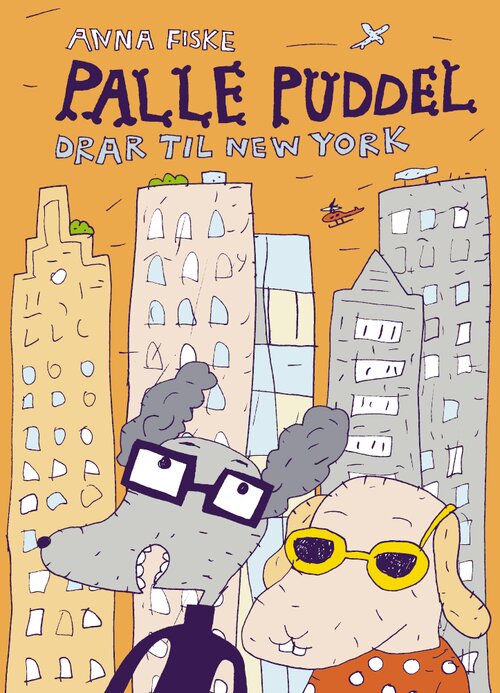 Palle Poodle dreams of going to MoMA in New York, Rita Rabbit thinks this is a good idea and orders tickets.
But Palle doesn’t like travelling, and he is nervous about almost everything, except MoMa. And what exactly is MoMA?

"A book I on several occasions have pushed on other adults ... a true pleasure to read ... conveys a refreshing, heartfelt love of art. It quite simply makes you very happy. ... The drawings in the book are as exciting, diverse, vibrant and cool as the characters themselves ... it is just as much about friendship as about art. The trip to New York is not without conflict, a poodle and a rabbit have after all quite different interests. Then you have to be patient and understanding. Or as Rita puts it – This is how it is with friends, you endure even the boring stuff! " Cecilie Storkson, Numer

"Palle is as usual a very nervous dog ... Fiske portrays all these anxieties with respect and warmth, and has created a book that appeals to everyone, regardless of age, who have ever thought "there is no place like home" ... there is so much warmth in the small details, both in text and drawings ... From an adult reader's perspective it is most striking how Fiske delivers life lessons without being didactic. The relationship between Palle Poodle and Rita Rabbit, and the journey they embark on together, shows in a playful way how to be friends despite very different personalities and interests."
Ingrid Flognfeldt Brubaker, Empirix 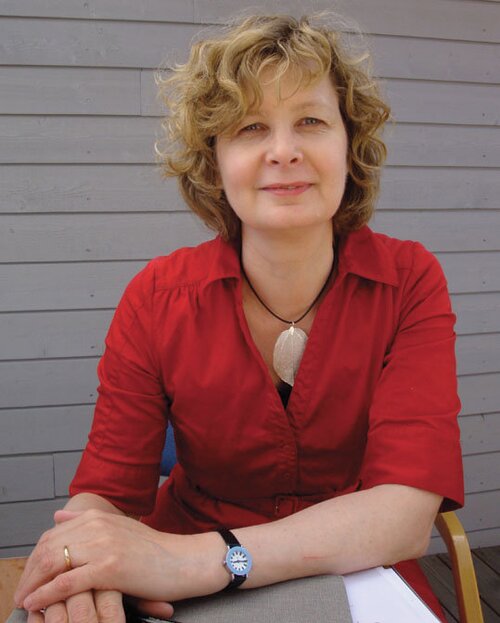 For Palle Poodle goes to New York Anna Fiske was awarded the Ministry of Culture's prize for best comic book 2016.