The year is 1991. Fifteen-year-old Helene is just starting to settle in with her new foster family in Hommelvik when her foster sister May-Liss (7) disappears without a trace.
Days and weeks pass without anyone finding her, and Helene is drowning in guilt because she was supposed to be looking after May-Liss. Helene feels completely alone. After revealing that she can communicate with the dead, her classmates think she’s either crazy, or a witch. But then Tommy, the son of the district sheriff, reaches out to her. He says that he’s also able to communicate with the dead and that he wants to help Helene find out whether May-Liss is still alive.
When Helene was a little girl, her biological mother gave her a warning: she must never use her psychic powers to communicate with the dead, because something terrible would happen if she did. Now Helene defies the old warning – and is thrown into a dangerous game controlled by dark forces. Who is the dead girl she makes contact with? Who is rocking the old doll’s pram at night? Can she trust Tommy? And most importantly of all – can Helene trust herself? What happens when she discovers a dark secret about who she really is?
The Shadow Bride is the second book in the Game of Death trilogy, which explores existential issues around death and love, loneliness and grief, and faith and belonging.

We want to make this TV series because it tells an important and captivating story in a completely unique way. It feels fresh and surprising with a very special atmosphere and good characters set in an interesting environment. Exactly what we think is needed to make a fantastic TV series!

I simply could not lay down this paranormal horror of a book, and I am already looking forward to the last book in the series. To all youngsters and grown-ups, check out this series - it is amazing. It is on a rocket high international level. 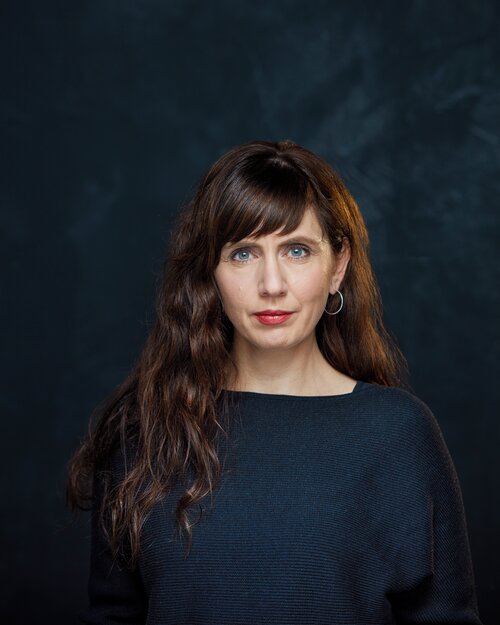 Anne Elvedal is one of Norway's most sought after screenwriters for television and film. She has written screenplays for several crime series, and her three feature films have all been nominated for the Amanda Award. Anne has also written the international award-winning documentary Queen Without Land. She is also qualified as a nurse and previously worked in psychiatric healthcare.

The Game of Death