The Game of Death

The Game of Death is the first book in a YA-trilogy that explores existential issues around death and love, loneliness and grief, faith and belonging - to oneself, to other people, and to something greater outside oneself.
Is it possible that ourlives are woven together with past lives, allowing old curses to haunt us and giving love left unspoken another chance? Sixteen-year-old Rebekka is looking forward to the annual motorcycle summer vacation with her father. But plans change abruptly when her father dies in an accident, just after a big quarrel between them. Filled with guilt and despair, Rebekka visits the Barn, her father's car repair shop where he helped troubled kids put their lives back together. Among old vintage cars and tools, she finds a spirit board. Hoping that this may bring her in contact with her father, Rebekka uses the spirit board, which leads to a number of strange and frightening events. In addition, Rebekka receives a surprising message: Herfather’s death was not an accident, he was killed. Suddenly Rebekka faces a mystery that is far greater and more complicated than she could have imagined.

This is a powerful real-life novel that also includes elements of paranormal reality... It revolves around grief, family relationships, outsideness, friendship and trust… Along the way, supernatural forces gradually create more and more fear both in the protagonist, and in the reader…

This book is brilliant and the language is wonderful. It contained lots of feelings, love, betrayal, slander, partying and the effect of foolish choices. But first and foremost this is a paranormal story that is perfect when the evenings are dark and the wind is howling around the corners. 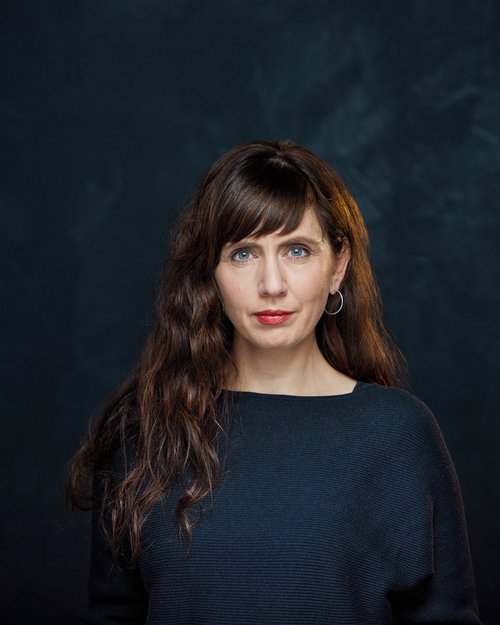 Anne Elvedal is one of Norway's most sought after screenwriters for television and film. She has written screenplays for several crime series, and her three feature films have all been nominated for the Amanda Award. Anne has also written the international award-winning documentary Queen Without Land. She is also qualified as a nurse and previously worked in psychiatric healthcare.