Nina E. Eide and Inger Lise Belsvik
Lemmings – a heartbeat in the mountains

The lemming is a small hamster, with a thick sausage like body, with short legs, and tiny ears. It is easy to recognize as they have a very characteristic appearance, with yellowy-orange fur speckled with black spots on their heads and along their backs. During the “lemming years” the furious lemmings are everywhere in the mountains. There are millions. But suddenly they are all gone, and many years can pass before you see a lemming again. Why?

In this book, you can follow the Scandinavian lemmings through the different seasons of the Nordic mountains, and through peak years and low years. You can read about the lemming and how it manages to survive the hard winter. The lemmings live under the snow and eat the moss no other animal likes to eat!
The fact that the number of lemmings differs from almost none in a “low year” to millions in a “lemming year”, makes a big difference for both plants and other animals in the mountain eco system. One can in fact observe from satellites that a “lemming year” has occurred; the enormous eating of the small, but numerous amounts of lemmings are visible from space! The arctic fox, snow owl, long tailed skuas and the least weasel can only breed when the number of lemmings are on top. In other words the lemmings are so important that they are called “a heartbeat in the mountains”. 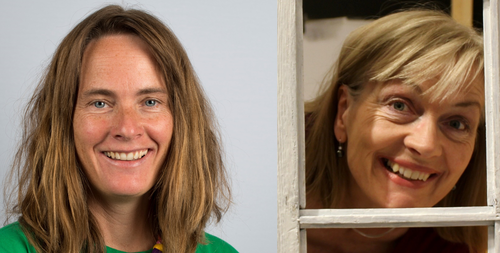 Nina E. Eide (b. 1970) is a senior scientist at Norwegian Institute for Nature Research. She has previously written a book about the artic fox; that focus on the animal and the eco systems. This book was nominated for the best children’s book by the Norwegian Ministry of Culture.

Illustrator and author Inger Lise Belsvik (b. 1961) is educated at Kingston University, England, and at Kunsthøgskolen i Oslo. Belsvik has illustrated about 35 picture books. She is also the author of two children’s books. Belsvik has received the Norwegian Department of Culture’s Illustrator prize twice and attended several illustration exhibitions.